Marriage crisis: Mercy Aigbe is back in my house –Lanre Gentry 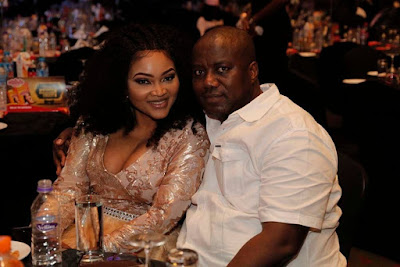 Lanre Gentry, estranged hubby of Nollywood actress, Mercy Aigbe has revealed that the beautiful role interpreter has returned to his house.

Gentry stated that the issues between him and his wife has been resolved.

According to him: “We are not in court and we don’t have any issues (again). She is my wife and the court case is over. She is back to my house”, he said.

Asked the lessons he had learnt from the marriage crisis, the hotelier said: “There is no special lesson to be learnt anywhere. Women are usually misled by their friends. When a woman is in the midst of her friends, many things happen. However, when they realise that they have done something wrong, then they are good to go. We give thanks to God.”

However, a close associate of Aigbe denied Gentry’s claims, saying he was just seeking attention. When the associate relayed the message to Mercy the actress said,  ‘What is wrong with Baba Juwon? And why are people still calling him to ask unnecessary questions? He just wants publicity. I stay in my own house.”


The source continued, “Mercy is not in the country at the moment; she travelled out to get goods for her stores. He (Gentry) knows that the media is not talking about him again, so he just wants to ‘trend’. Meanwhile, Mercy has moved on; he is the one that is stagnant. I think he is suffering from inferiority complex. At times, when he goes out, he introduces himself as Mercy Aigbe’s husband.”