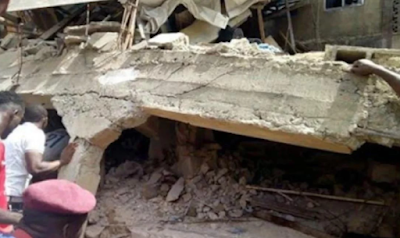 Four children were injured when a two-storey building located at 30, Ososa Street in Bariga, Lagos collapsed late on Sunday, July 28, 2019.

Pa Ayilara, was also injured, according to the spokesperson of the Lagos State Emergency Management Agency (LASEMA), Kehinde Adebayo.

Adebayo disclosed that the building had been distressed with crack lines for a while before the eventual collapse.

He said all residents were evacuated to the hospital for treatment before the building was cordoned off.


“The Director-General of LASEMA, Dr. Olufemi Oke-Osanyintolu, advised the owner of the structure to ensure holistic assessment is carried out by Lagos State Building Control Agency (LABSCA) before any repairs,” he said.

Two of the injured children were identified as twin girls named Taiwo and Kehinde. The other victims are the girls’ brother, Idowu, and another unnamed child.

The collapse of another building on Lagos Island in March led to the death of 16 schoolchildren and four others.