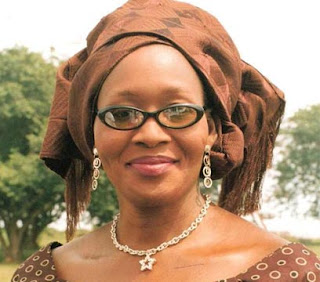 Controversial journalist, Kemi Olunloyo in a new post on her Instagram page has alleged that Busola Dakolo may have cheated on her husband, Timi Dakolo, with actor IK Ogbonna, she also alleged that Timi deleted old videos on YouTube where he said he married his wife as a virgin.


According to reports, a DNA test carried out has seen Timi blackmailing his wife with it.

“Why did DNA issue come up during Busola Dakolo’s interview? She stated it was a reason she was talking about Pastor Biodun Fatoyinbo. Did she reportedly secretly date Ik Ogbonna as many news tips are coming in? Children issues are sensitive. Here’s a woman whose child hears that a pastor allegedly raped his mom. Is his mom promiscuous and Timi reportedly uses that DNA TEST to blackmail her anytime. Why? Many questions to be answered”.


Kemi had earlier revealed that Busola had been crying non-stop and requesting to speak with COZA pastor Biodun Fatoyinbo whom she accused to have raped her some years ago.

Timi Dakolo has reportedly stayed away from their home for four days as there may be trouble in their marriage already, Olunloyo reveals.