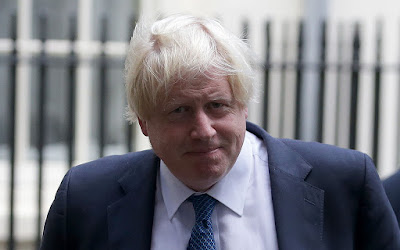 Boris Johnson is expected to become Britain’s next prime minister this week, vowing to deliver Brexit on October 31 come what may, in the face of fierce opposition in parliament.

The former London mayor is the runaway favourite to win the governing Conservative Party’s leadership contest and replace Prime Minister Theresa May on Wednesday.

The postal ballot of 160,000 grassroots party members is expected to return Johnson, 55, as the new Conservative leader over Foreign Secretary Jeremy Hunt when the result is announced on Tuesday.

Any remaining ballots must be delivered by the Monday 5:00 pm (1600 GMT) deadline. Bookmakers give Hunt around a one in 15 chance of victory.


While Johnson spent a relatively trouble-free Saturday, Hunt, his successor in the Foreign Office, was dealing with Iran’s seizure of a British-flagged tanker in the Gulf.

The centre-right Conservatives command a razor-thin majority in parliament’s lower House of Commons and Johnson’s opponents — both within and outside the party — are keen to scupper his leadership.

Johnson has vowed to take Britain out of the European Union on October 31, with or without a divorce deal.

Opponents of Brexit, and especially of a no-deal departure, are plotting moves against Johnson.

Some Conservatives have hinted they are prepared to bring down their own government rather than accept leaving the EU without a deal.

He told The Sunday Times newspaper that a no-deal Brexit would trigger national “humiliation”.

The broadsheet reported that up to six europhile Conservative MPs were considering defecting to the centrist, pro-EU Liberal Democrats should Johnson win — leaving him without a Commons majority.