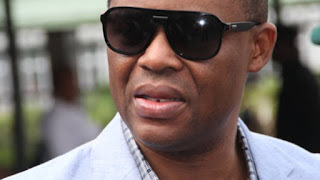 Nigeria’s former Aviation Minister, Femi Fani-Kayode has attacked the Catholic Bishop of Sokoto, Most Revd. Matthew Hassan Kukah for comparing the situation of the Fulani in the South today to a situation of the Igbo in the north in 1966.

Kukah had last Tuesday warned against blanket demonisation of herdsmen, especially of the Fulani stock, saying that such actions could be preamble to a breakout of violent confrontation against the Fulani.

He likened the uproar and profiling of the Fulani to what happened to the Igbo leading up to the Nigerian civil war between 1967 and 1970.


“If it is Fulani today, yesterday it was the Igbo,” he said.

“In 1966 alone, no less than 100,000 innocent and defenceless Igbo were butchered by the Fulani in the north. Today, it is again the Fulani militias that are slaughtering thousands of Igbo, Yoruba and other southerners all over the south. They are also killing Middle Belters.”

According to Fani-Kayode, the South and the Middle Belt did not have a tradition of killing the innocent and the defenceless but that the Fulani did, saying that if they did not want to be stigmatised and regarded as butchers and terrorists, they must stop their herdsmen, militias and cells from slaughtering “our people.”

He said during the civil war, the whole of Nigeria unleashed genocide on the innocent Igbo civilian population of Biafra but that was an isolated event, adding that the Fulani had been doing it to others since 1804 up until today.

“Any comparison between the behaviour and experiences of the Igbo and the Fulani in Nigerian history is painful, insensitive and inappropriate.

“Both races have persecuted and tormented the Jews and the state of Israel more than any other. We must not make such comparisons in the name of political correctness or anything else,” he warned.