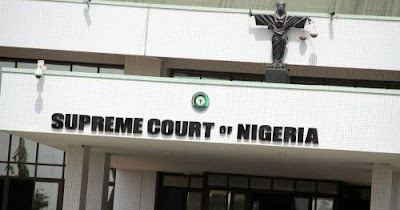 The Supreme Court on Tuesday adjourned hearing until August 20, in an application filed by the Peoples Democratic Party, and its candidate, Alhaji Atiku Abubakar, challenging the Presidential Election Petitions Tribunal’s rejection of their request to access the Independent National Electoral Commission’s “central server”.

It was gathered that the PDP and Abubakar alleged that the “server”,  housed the results of the poll electronically transmitted by the Independent National Electoral Commission during the exercise.

The tribunal on June 24, in a ruling, dismissed the claims by the PDP and Abubakar that INEC electronically transmitted the results of the February 23 poll to the said central server.

INEC denied the claim, insisting that it never transmitted the results of the polls to any server whatsoever, but that the results were collated and declared manually.


President Muhammadu Buhari and his All Progressives Congress, whose victory at the polls is being challenged by the petitioners at the tribunal, also opposed the petitioners’ request for access to the said INEC’s server.