I’m still a member of the APC -Galadima 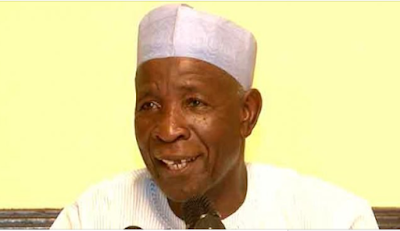 Buba Galadima, a spokesperson for the Atiku Campaign Organisation, says he is still a member of the All Progressives Congress (APC).

He made this statement while speaking at the presidential tribunal sitting in Abuja.

The Peoples Democratic Party (PDP) had, on Monday, presented Buba Galadima, as its witness.

During cross-examination, Wole Olanipekun, the APC’s counsel, asked Galadima why he was no longer on good terms with the president.


In response, he said he supported Buhari’s presidential ambition in 2003, 2007, 2011 and 2015 because he believed Buhari as qualified to lead the country.

He said bad governance has made him change his mind about Buhari’s competence.

“I’m still a member of APC. I have not been sacked. We are in court. I don’t want to be subjudice,” he said, adding he is the chairman of the Reformed APC, even though it is not a registered party.

“I’m not a member of PDP, but we have a memorandum of understanding with the PDP to produce God-fearing, good and educated leader.”

PDP and its presidential candidate, Atiku Abubakar, are challenging the February 23 election in which Muhammadu Buhari of the All Progressives Congress (APC) was declared winner.

Galadima was formerly an ally in the Buhari camp and was one of the nine signatories that signed the merger agreement to form the All Progressives Congress.

He was called to the witness stand at the proceedings, after Livy Uzoukwu, PDP’s lawyers, tendered some result sheets from four local government areas of Kano state.

Adams Oshiomole, the APC chairman, also attended the sitting for the first time since the sitting began on June 10.

Before now, Uche Secondus, the PDP chairman and Peter Obi, the party’s vice-presidential candidate, had attended proceedings at different times.

Atiku had tendered 26,175 exhibits against the election.

He claims that the results show that he won the election.