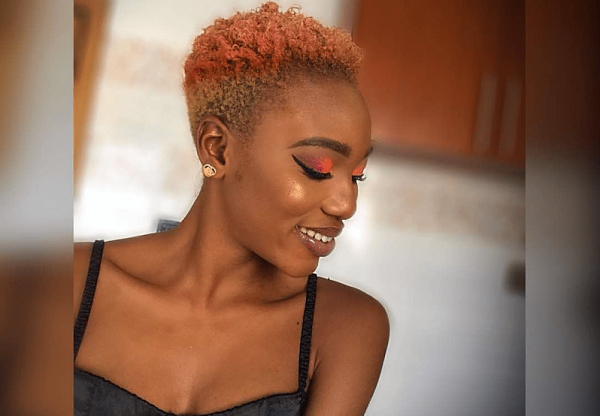 Almost every Nigerian parent decries the relative ease with which their wards are exposed to sexually explicit content but not many makers of such materials have been bold enough to sensitize the public on the dangers of being part of p*rn movies in this part of the world.

Savage Trap Queen — real name Delfina Joy — has, however, come out to reveal the “BAD and UGLY” sides of p*rnography and how she ditched being a nun for a “rogue life” in the country’s adult movie industry.

In an interview with TVC, the ex-p*rn star also disclosed that she regretted all her actions thereafter.

“I had everything. I never lacked a thing. All my needs were fulfilled by my parents. Family was there for me and I got love from everyone. I wanted to become a nun, go in the convent. I’d always been a church girl, from a catholic family,” she said.

“I was also a chapel prefect in high school. When it comes to upbringing, I had the best one coupled with the fact that my mum was a proprietress. I went into p*rn eventually cause I had this ego and teenage exuberance that wanted independence.”

While discouraging juveniles nurturing similar thoughts, Delfina affirmed the existence of a clandestine industry of p*rn makers who often paraded themselves as modeling companies and reality show organizers.

“I had this friend who invited me to join her in doing a reality show. I was 22. Being a person who loved being in the limelight, I told her I was in but, when we got there, what I saw was different,” she said.

“Any p^rn star or company in Nigeria trying to talk you into the business and promising you to give you a record deal or that you’ll be successful, just look at their lifestyle. They’re not living well. They’re just faking it.”

Delfina also registered her primordial drive, the desperate pursuit of which she said made her yield to peer pressure and convinced her to explore the “immorality” of p*rn making — a venture that later doubled back as counter-effective.

According to the former adult movie star, she was rejected by movie directors and stripped of her title as the second runner-up for a pageantry contest she later got a shot at.

This, she said, came on the premise of her being an ex-p*rn star and dashed her hopes.

“Whether or not one accepts it, p*rn is definitely going to bounce back in a negative way. In recent times, when I call producers, they tell me they can’t call me for a movie because the artistes say they don’t want a p*rnstar on the set. I’m still paying for it,” she said.

“Growing up, I had this teenage dream of Kim Kardashian, reality shows, catwalk, runways and all. I tried to make it work. Unfortunately, I was told I had all it took to be a pageant queen but not the money because I had to buy my way in. I cried.

“I wanted to go through pageantry and modelling but it didn’t work for me. I tried going through music as my way into fame because I loved trap songs, hence the name Trap Queen, but it still didn’t work out.”

Although she revealed plans to quit her pursuit of fame and explore fashion industry, Delfina remained uncertain about the prospects of her marriage life considering her p*rn background.

She also vowed to whip her children if they ever considered taking after her.

“Before relationships, I let whoever is involved know who I used to be. I tell them to discuss it with their family. If they want me, it’s fine. If they don’t, thank God. But I sincerely wouldn’t want my children to venture into this line of business because I’ll whip that child,” said the former adult film star.

“It’s not a nice profession and I’m discouraging it. Being of a rough background is no excuse for p*rn making. I was foolish. I shouldn’t have been discouraged even when my pageantry dreams weren’t fulfilled.

“I decided to come on this show to create awareness so others wouldn’t be foolish the way I was. To juveniles out there, going into p*rn is a no-no. Please don’t because It’s going to come back at you.”


Last year, she had told BBC Pidgin that she started acting blue film since October 2017. She also said she made close to N100,000 per film.