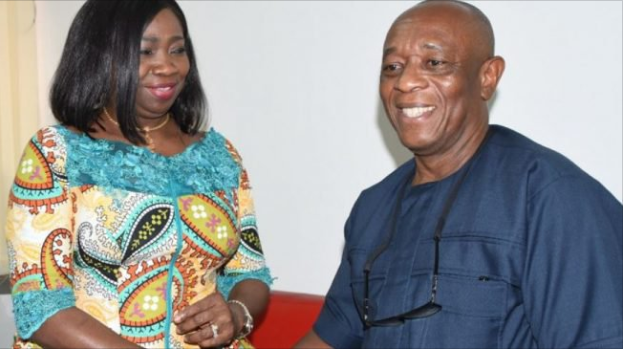 Augustine Nwagbara, a professor from the University of Lagos, said he suffered a harrowing experience with Ghanaian authorities while on sabbatical leave.

Nwagbara narrated the ordeal on Thursday when he paid a courtesy visit to Abike Dabiri-Erewa, chairman of the Nigerians in Diaspora Commission (NIDCOM), in Abuja.

“They said I was sacked, then dismissed, which was another wrong word to use, as you cannot dismiss somebody on sabbatical in your country,” he said, adding that he was subjected to a series of interrogations by the University of Education, Winniba in Ghana


“As I speak with you, I have not received any letter of sack or dismissal whereas various factions of the letters are already in circulation in Ghana and on social media.

He, however, commended Olufemi Abikoye, the Nigerian High Commissioner in Ghana, for his prompt intervention in the whole saga.

“But for him, I probably would have been a dead man,” he added.

Nwagbara, a professor of English, was in Ghana on a one-year sabbatical in December 2018 and a purported video of him addressing an informal meeting of Nigerians living in Ghana where he was quoted to have insulted Ghanaians, went viral.

Nwagbara said the doctored video was allegedly said to have been released by a journalist working with a Ghanaian private TV station.

Receiving the professor in her office, Abike Dabiri-Erewa said 1036 Nigerians were deported by Ghanaian authorities for controversial reasons in 2017 and 2018.

“We are proud of you as one of our best brains. You are an asset to your country. Not surprising, you’ve received offers from other Universities to complete your sabbatical before returning to the University of Lagos,” a statement released by Abdur-Rahman Balogun, NIDCOM’s head of media, quoted her to have said.

“Between January and June 2019, 509 Nigerians were forcefully deported while 527 Nigerians got deported in 2018”

“We are not going to tolerate any country treating Nigerians shabbily.

She called for caution and warned that such treatment should not be allowed to degenerate to the level of retaliation.