How Fani-Kayode forced Atiku to declare position on Ruga settlement 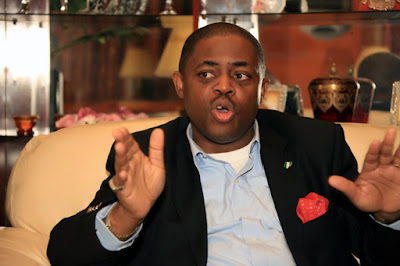 It was Femi Fani-Kayode , a chieftain of the Peoples Democratic Party, and former Minister of Aviation, that forced the presidential candidate of the party, Atiku Abubakar to declare his position on the lingering Ruga settlement issues.

Atiku had earlier stated his position on the threat issued to Southerners by a Northern coalition due to the suspension of the planned Ruga settlement by President Muhammadu Buhari.

However, few hours before Atiku’s statement on the national issue, Fani-Kayode, had called him out on social media, demanding that he speak to Nigerians about the issue.

The former Minister had tweeted, “I have 3 questions for @atiku, the man who I believe won the 2019 presidential election.

“2. Why have you not said one word about it?

“3. What is your position on the threat and 30-day ultimatum made by Arewa youths against southerners?”

President Buhari had on Thursday announced his decision to suspend his government’s initial plan to settle Fulani herdsmen in all the States of the federation.