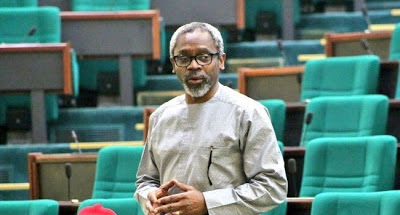 Human Rights Writers Association of Nigeria, HURIWA, has called for the immediate impeachment of the Speaker of the House of Representatives, Femi Gbajabiamila for allegedly negotiating with armed bandits in Zamfara.

HURIWA faulted the reported parley between the Speaker, bandits and hoodlums in Zamfara State, describing the act a high treason and one of the most serious crimes against the constitution of the Federal Republic of Nigeria.

The group stated that, “state officials have sworn an oath on their honour to defend the Nigerian constitution just as the Nigerian constitution had in section 6 conceded the judicial powers of the federation on the Courts of competent jurisdiction meaning that crime suspects ought to be prosecuted and made to face the full wrath of the law and not to be applauded for their criminality just as the Rights group asserted that by section of section 4 the National Assembly ought to be concerned about making good laws for the peace and security of Nigeria and not for the Speaker or anyone for that matter to undermine the constitution by engaging in nocturnal dialogues with outlaws who have declared war against the people of Nigeria abd against the Nigerian State.

“The extant Terrorism Prevention (amendment) Act has oulawed and overruled the holding of such illegal consultations with terrorists and bandits.”


The Rights group urged, “the Federal House of Representatives to impeach Gbajabiamila for reportedly holding this unholy communion with freelance armed bandits responsible for thousands of killings in Zamfara state and for waging war against the Nigeria state.”

It regretted that, “the Speaker was still battling the allegations that he embezzled his clients cash of $25,000 in USA which reportedly led to his alleged debarment from practicing law in a USA and here is the same holding said to have negotiated with mass killers with blood of innocent citizens in their filthy hands.”

HURIWA in a statement signed and made available to DAILY POST on Tuesday by its National Coordinator, Emmanuel Onwubiko, said, “if indeed the Speaker as widely reported held a meeting with armed bandits in Zamfara State, he could as well schedule state by state visits to prisons across the country to begin dialogues with convicted criminals and kidnappers beginning with Evans the billionaire kidnapper so they are also granted amnesty since many of such convicted persons did not kill as much as the Zamfara bandits who have suddenly become the ‘good boys’ and play things of those in the corridors of power.

The Rights group stated that since the report broke, it waited for the Speaker to deny it but it would seem that the press may have written a true reflection of what happened unless otherwise contradicted with superior information to the contrary.

“Holding meetings with bloody killers and mass murderers is high treason and this show of legislative rascality and the celebration of impunity which the reported and alleged meeting between speaker Gbajabiamila and bandits represents have sent danger signals all around the globe that Nigeria is now an actively failed state.”

As credited to a section of the media, Gbajabiamila had described the dialogue and peace initiative of the Zamfara State government which brought together the two warring groups together at a round table as a great feat that would lead to everlasting peace in Zamfara State.

The speaker was speaking at the Government House, Gusau, while on a one-day working visit to Zamfara to ascertain the security problems in the state and meet stakeholders to seek lasting solutions to the ugly menace in the state.