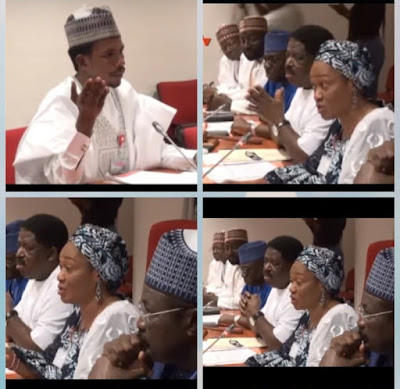 There was mild drama on Tuesday at the investigative hearing on the allegation of assault against Senator Elisha Abbo as the embattled Senator said he is not afraid of Suspension.

The Senate had last week set up adhoc Committee to investigate allegation of assault against Senator Abbo at sex toy shop in Abuja.


The trouble started when Senator Abbo appeared before the Committee and declined to talk on the matter claiming that the case is before the court of law.