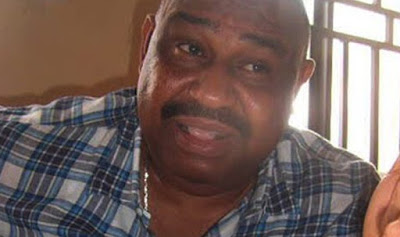 Chief Adolor Okotie-Eboh, a former Chairman of the All Progressives Congress (APC) in Delta State is dead.

Meanwhile, the Deputy President of the Senate, Senator Ovie Omo-Agege, has described the death of Okotie-Eboh, as a huge loss not just to the state but the entire country.

Omo-Agege, while recalling the effective role played by the scion of the great Chief Festus Okotie-Eboh family of Itsekiri Kingdom, said that he has lost a bosom friend, an elder brother and an influential political adviser.


A statement personally signed by Omo-Agege and issued in Abuja on Sunday described Okotie-Eboh as a “principled political and business leader with an inspiring sociable personality which endeared him to many Nigerians across all walks of life.’

“It took his bold, extraordinary leadership skills to transform the APC to a viable opposition from its now defunct main legacy party, the Action Congress of Nigeria (ACN) where he was also then the Delta State Chairman and worked with my humble self as the party’s Delta State Governorship candidate”, Omo-Agege explained.

He said though it would be difficult to come to terms with the reality of Chief Okotie-Eboh’s exit, it was his prayer that the Almighty God would comfort and strengthen the entire Okotie-Eboh family at this moment.

‘Chief Okotie-Eboh was a profoundly good leader and we pray that his wonderful soul finds rest in Jesus name”, he stated.