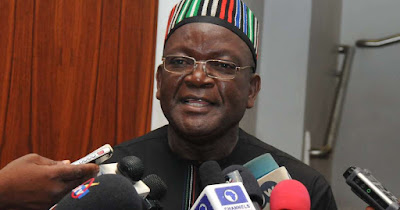 Governor Samuel Ortom of Benue State on Wednesday called on the Soil  Science Society of Nigeria to collaborate with the Federal Ministry of Agriculture to put a complete halt to the issues of herdsmen migration from the North to the South.

Ortom expressed fear of imminent danger if the issue of Fulani herdsmen was not urgently tackled.

The governor stated this at the opening of the  43rd  annual conference of the Soil  Science Society of Nigeria at the Federal University of Agriculture, Makurdi.

Ortom, who was represented by his deputy, Benson Abounu, said the nation was currently facing a serious security issue which could cause the disintegration of the country.


He called on the Federal Government to dump the controversial proposed Ruga settlements for herdsmen but to seek solutions to the issue of desert encroachment. These, he claimed, were responsible for the movements of nomadic herdsmen in the country.

Ortom noted that desert encroachment could be remedied as was done in Israel, where a complete desert was transformed into “a rich agricultural hub that now feeds the rest of the world.”

The governor stated, “If the sandy Negev desert, which had no water or vegetation could be so transformed, there is no reason the same cannot be done in northern Nigeria, where there is water and vegetation but where the only problem is desert encroachment.

“Let me call on the Soil Science Society  of Nigeria to collaborate with the Federal Ministry of Agriculture  to put a complete halt to the imminent danger that this country is currently facing which can cause the disintegration of this country.”

He urged the Federal Ministry of Agriculture and Natural Resources to engage the services of the SSSN to study the soil in the far North bedevilled by desert encroachment with the view to finding solutions to desertification.

Ortom charged the soil scientists to rise up to the challenge of meeting the growing demand for food occasioned by the negative impact of climate change on food and nutrition and the limitations imposed by insecurity.

The SSSN President, Prof. Bashiru Raji,  said the theme of the conference, ‘Understanding Nigerian Soils for Sustainable Food and Nutrition, Security and Health Environment,’ was chosen to reflect the topical issue of soil management in enhancing food and nutrition security in the face of climate change, rising insecurity, kidnapping and increasing herdsmen and farmers’ clashes.