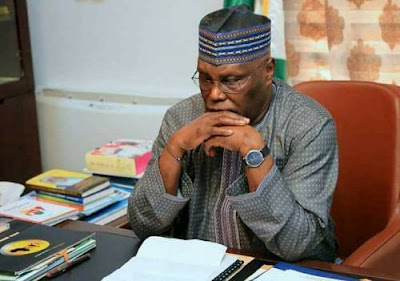 The presidential candidate of the Peoples Democratic Party (PDP) in the 2019 Presidential election, Atiku Abubakar, says his position on Ruga settlements initiated by the Federal Government aligns with that of his party.

Recall that the President Muhammadu Buhari administration on Thursday, July 4, suspended the controversial Ruga initiative, it proposed to resolve the clashes between farmers and herdsmen.

The plan was suspended by the Federal Government after the idea was greeted by widespread criticism by Nigerians.

Apparently displeased with the decision, the northern youths issued a 30-day ultimatum to every southerner residing in the north to vacate unless Ruga is implemented.


In response, Femi Fani-Kayode, a PDP chieftain warned the group in a tweet that the south was ready for them and even charged them to carry out their threat immediately.

A day after that tweet, the PDP chieftain took to the micro-blogging site again to list 3 questions which he demanded answers from the former Vice President.

Fani-Kayode tweeted: “I have 3 questions for @atiku, the man who I believe won the 2019 presidential election.

“1. What is your position on RUGA?

“2. Why have you not said one word about it?

“3. What is your position on the threat and 30-day ultimatum made by Arewa youths against southerners?”

Reacting to Fani-Kayode’s questions, Abubakar wrote: “My position on Ruga is the same as articulated by the Governors elected under the banner of my party, the PDP. My position has been well iterated by our Governors & the PDP is one. I will not dignify that threat with a response. There is no North or South. There is just Nigeria.”