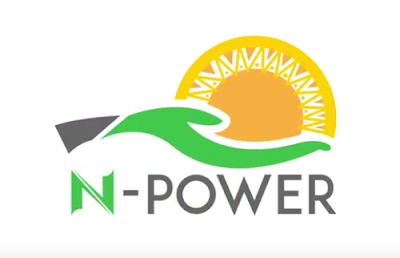 The Federal Government has approved the disengagement of 2,525 beneficiaries of the N-Power Programme for absconding from their primary places of assignment.

It also warned that acts of dereliction of duty, indolence, absenteeism and indiscipline on the part of volunteers would continue to be dealt with decisively in line with the rules of engagement.


The N-Power Programme was introduced in 2016 by the President Muhammadu Buhari administration as a job enhancement scheme aimed at imbibing the learn-work-entrepreneurship culture in Nigerian youths within the ages of 18 to 35 for graduates and non-graduates.

About 500,000 youths spread across the 774 local government areas of the country are currently enrolled in the programme and have since been deployed to teach in public schools, act as health workers in primary health centres, as agricultural extension advisors to smallholder farmers in the communities and as community tax liaison officers.

Beneficiaries under the graduate category receive N30,000 per month.

Confirming the development, the Communications Manager, National Social Investment Office, Justice Bibiye, said that 18,674 other beneficiaries of the initiative had voluntarily resigned, having secured permanent employment.

He said, “It had earlier come to the notice of the federal team that some of the N-Power beneficiaries had either absconded from their primary places of assignment, or gained permanent employment subsequent to their commencement on the programme.

“The federal team has continued to encourage feedback from the states from existing monitors, whistle-blowers and members of the public through its existing call centre, and has acted swiftly by initially placing such beneficiaries on suspension for a period of 45 days.

“Unless such beneficiaries are able to provide proof from their primary place of assignment and the state focal person that they were actually present or absent with reasons, their participation in the programme is terminated after the period of suspension.

“So far, 2,525 beneficiaries have been delisted, following reports garnered from various avenues, whilst 18,674 have voluntarily resigned, having secured permanent employment.”

Bibiye said in a statement that reports from a few states, however, showed that some beneficiaries of the programme were said to have stayed away for long periods of time from their primary places of assignment, adding that this had led to the need for continued action against those undermining the smooth implementation of the Federal Government’s social intervention initiative.

To ensure seamless execution of the programme and achieve the set goals, he said the NSIO had increased the number of monitoring partners.

This, he noted, would help to enhance supervision and the strengthening of monitoring for effective and efficient service delivery of all components of the NSIPs.

Bibiye said, “Beneficiaries must understand that N-Power is not a charity programme and, therefore, everyone captured under the scheme is expected to justify their engagement by demonstrating diligence, hard work and commitment to duty at their PPAs.”

He added that acts of dereliction of duty, indolence, absenteeism and indiscipline on the part of volunteers would continue to be dealt with decisively and in line with the rules of engagement.