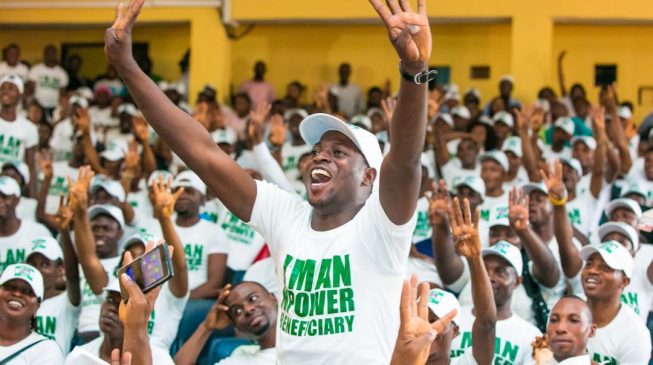 The federal government has sacked over 2,500 beneficiaries of N-Power, a component of the National Social Investment Programme (NSIP).

The scheme is targeted at addressing the challenge of youth unemployment in the country.

Justice Bibiye, communications manager of NSIP, said the beneficiaries were dismissed following reports that some of them had not gone to their respective places of primary assignment (PPA) in a long time.

“Instances have compelled the need for continued action against those who are seen to be undermining the smooth implementation of a well-thought-out federal government social intervention initiative,” he said in a statement.


“N-Power is not a charity programme and, therefore, everyone captured under the scheme is expected to justify his/her engagement by demonstrating diligence, hard work and commitment to duty at their PPAs.

“Acts of dereliction of duty, indolence, absenteeism and indiscipline on the part of volunteers shall continue to be dealt with decisively and in line with the rules of engagement.

“To ensure seamless execution of the programme in order to achieve the set goals, the NSIO has increased the number of monitoring partners, with fresh discussions having commenced in earnest to seek enhanced supervision and the strengthening of monitoring, for effective and efficient service delivery of all components of the NSIPs.”

He urged both the media and the public to report cases of absenteeism, adding that strict measures would ensure “fewer cases of misconduct” do not compromise the success of the entire programme.

“Field reports reaching us from our independent monitors, the states, the schools and other places of assignment confirm that the vast majority of the volunteers have been of good conduct,” he said.

“The public and the media would only be supporting the efforts of the administration to reduce unemployment, by reporting the relatively few indolent, erring volunteers who were lucky to have been selected to serve under such a programme.”

In January, TheCable reported about massive fraud in the scheme, detailing how beneficiaries connive with officials to abscond from duty.

Posing as an unemployed graduate, an undercover reporter interacted with different officials who were willing to capitalise on the loopholes in the scheme.

N-Power was introduced in 2016 by the Buhari administration “to imbibe the entrepreneurship culture in the Nigerian youth aged between 18 and 35 — both graduates and non-graduates”.