Fani Kayode Laments The Plight of El-Zakzaky — “You Killed His 7 Sons, Shot His Wife In The Stomach” 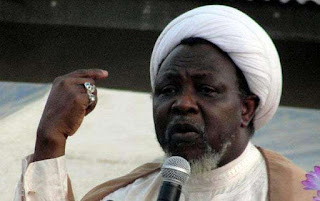 A chieftain of the Peoples Democratic Party(PDP), Femi Fani Kayode has decried the injustices suffered by the leader of the Islamic Leader of Nigeria (IMN), Ibraheem El Zakzaky, in the hands of the federal government.

Fani-Kayode, formerly a minister of aviation in a few tweets via his handle on Saturday, narrated how el-Zakzaky’s seven children were killed, leaving one; how his wife was shot severally in the stomach; and how they(El Zakzaky and wife) have been held illegally for years.

He said: “You killed 7 of his 8 children leaving him with only one.

“You shot his wife in the stomach 4 times and have kept her in illegal detention ever since.

“You shot and blinded him in one eye,put him in a wheelbarrow,arrested him and have kept him in illegal detention ever since.

“You killed thousands of his followers including women and children over the last four years. Now u proscribe his IMN simply because they insist on his release and demonstrated in the streets. You did all this to him and yet he still stands tall. Can’t you see that u have failed?”

The former minister says the Christian community stands with the IMN leader and they will never forget how he and his followers were unfairly treated.

He said, “We Christians of Nigeria will never forget the way in which Ibrahim El-ZakZaky and his Shia Muslims protected and assisted our brothers and sisters in the north over the years when the salafist, wahabbi Sunni fundamentalists slaughtered us like flies.

We stand by them at this difficult time, we condemn the proscription of the IMN, we declare that they are NOT terrorists and we say “NO” to the tyranny of Buhari and his evil agenda.