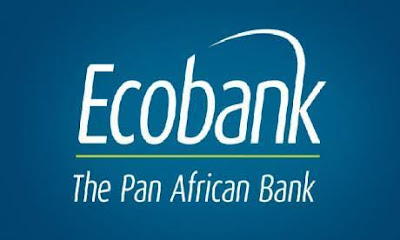 The management of Ecobank Plc last week Friday laid off over 1,500 staff on its pay roll, our source can authoritatively report.

According to one of the affected staff who confided in our source, the mass retrenchment started last Friday (July 5) across the bank’s branches nationwide and affected mostly tellers and cashiers.

“I’m devastated as I speak to you. I came in via an outsourcing company some three years ago. I was posted to one of the branches in Abuja and things have been smooth until last week Friday. I have no inkling whatsoever that I will return home jobless when I left for work last Friday. There was no body language whatsoever or sign to show that the bank was going to embark on such retrenchment spree. We were served our disengagement letters shortly after close of work on Friday,” one of the affected staff in Abuja said.

Another affected staff in Lagos on condition of anonymity said they received text messages from the bank notifying them of the impending sack: “I’ve read stories of how banks forcefully disengage staff and up till last week, I had stubbornly defended Ecobank as the only bank in Nigeria that does not engage in such abusive corporate ideologies. I didn’t know that my sack letter was already being typed and was ready for disbursement. On that fateful day, a non pre-informed message of contract termination was sent to every cashiers/tellers that have spent three years and above in the bank. I had just spent five years with the bank and was even hopeful of a promotion anytime soon. But to my greatest surprise, I got fired instead. However, the most painful part of the whole unlawful retrenchment was the obvious fraud perpetrated by the bank in connivance with the outsourcing firms. The severance package was an embarrassment compared to the years of hardwork we have put in. Contract staff who worked for 13 years received less than N600,000:00 while core staff who worked for less than six years were paid not less than two million naira and above. You can see the discrepancies. But the bank will soon hear from us. I heard the sack is nationwide. We won’t take it likely. We are already organising ourselves to protest and seek redress legally. If other banks did this and nothing happened, Ecobank won’t,” the lady said furiously.


However, a senior staff of the bank who spoke on condition of anonymity because he was not in position to do so said the bank was professional in disengaging the affected staff. He noted that the severance package were duly paid to the outsourcing firms.

According to the bank, 332 graduates are currently undergoing intensive training at Ecobank Academy in preparation for full employment into Ecobank Nigeria. The programme combines the three categories of Entry Level, Graduate and Management Trainees with a program duration of 2months, 12months and 21months respectively.

The Managing Director of the bank, Mr Patrick Akinwuntan during the graduation of one of the trainee batches said the trainee programme initiative is part of Ecobank’s transformation agenda to make the bank a most preferred financial institution in the country.

“This programme is our own way as a bank to invest in creating future leaders for the Nigerian banking industry. We are investing in the people to accomplish our vision both as a bank and a country. A key success factor of any bank is capital; and we must therefore train those who will be empowered to oversee this capital and put it to good use in the interest of depositors and investors. Staff of banks must be well trained and knowledgeable so that they can ensure that funds in the banks are effectively deployed. For us at Ecobank, we must also ensure that we deliver on our promise as a financial institution of choice not only in Nigeria, but the whole of Africa. We therefore take the development of adequately trained manpower as a “must do” in striving to achieve our goals”.