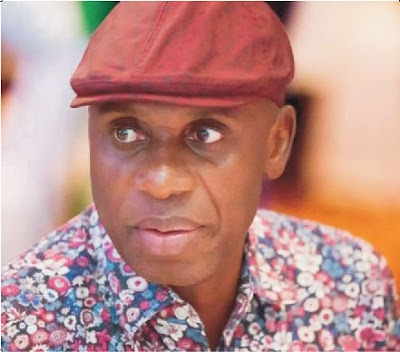 There were a series of dramatic moments on the floor of the Senate on Wednesday as 10 ministerial nominees appeared for screening.

While some of the nominees were given special privileges to leave without answering questions, being former lawmakers, others were subjected to grilling.

First to appear before the Senate was Uchechukwu Ogah, who threw his weight behind the official exchange rate of N305 to $1.

He also called for the diversification of the economy, with emphasis on agriculture.

He also made a case for ‘guided deregulation’ of the petroleum downstream sector as a means of boosting foreign exchange.

Ogah said, “If you decide to deregulate the Nigerian petroleum sector, especially the downstream, it must be a guided deregulation.

He said, “Once the Petroleum Industry Governance Bill is passed, it will help in ensuring that investors come into the country.”

Ogah said assured Nigerians that if given the opportunity, the four refineries in Nigeria would work.

When he appeared, Ogbonnaya Onu said the multi-billion dollar Nigerian satellite orbit said to have disappeared from the space had been replaced by the Chinese government at no cost to the Federal Government.

Senators kick as Amaechi, others take a bow

There was a sharp disagreement between senators of the ruling party and their colleagues in the opposition when the President of the Senate, Ahmed Lawan, offered special privileges to some ministerial nominees.

The disagreement started when Lawan said former lawmakers would not be subjected to rigorous scrutiny in line with the parliamentary convention.

It was learnt that the senators had earlier agreed to suspend their unwritten rules of shielding former or serving lawmakers from answering questions.

However, Akume, Akpabio and a serving member of the House of Representatives, Nwajuaba, were merely asked to take a bow and go.

But attempts by Lawan to extend similar gesture to the immediate-past Minister of Transportation, Amaechi, caused friction on the floor of the Senate.

Senator Danjuma Goje protested against extending similar gesture to Amaechi on the grounds that the former Rivers State governor was never a member of the National Assembly.

But Lawan insisted that Amaechi, by virtue of being a former Speaker of Rivers State House of Assembly, and a former minister, deserved a special treatment.

There were sustained arguments among the senators after Lawan’s ruling and he decided to put the matter to vote.

Majority of the lawmakers still supported Lawan’s position and Amaechi was asked to take a bow.

The screening, which began peacefully at 11am, turned rowdy when Amaechi entered the red chamber.

The Senate President reminded his colleagues about the convention of granting automatic confirmation to nominees who had been elected into the National Assembly in the past.

Goje said the rule never recognised those who had served in state Houses of Assembly.

But Lawan said there was nothing wrong in granting automatic confirmation to former state lawmakers.

The Senate Minority Leader, Enyinnaya Abaribe, who was recognised to speak on behalf of the minority lawmakers, asked Lawan to permit the senators from Rivers State to ask Amaechi some questions.

Lawan rejected Abaribe’s request and as he tried to persuade senators to allow Amaechi to take a bow and go, the senators shouted ‘No! No!’

Abaribe later informed the Senate President that all the senators from the Minority Caucus, including those from Rivers State had asked him to convey some messages to Amaechi.

“Let us also expect that the railway will be done within Nigeria before extending to other countries.”

Another mild drama played out when Akume appeared for screening.

The Benue caucus in the red chamber had asked the Peoples Democratic Party member, Emmanuel Oker Jev, who defeated Akume in the last election, to speak on their behalf.

He, however, created an anti-climax scenario when he said his colleagues were actually pleased with the nomination of Akume and would want the former senate minority leader to take a bow and go.

The situation was different when it was the turn of Akpabio and the Minority Leader stood up to talk.

Everyone had thought that history would repeat itself as Akpabio, as the Senate minority leader in 2015, led all the opposition members to stage a walk out to protest against the nomination of Rotimi Amaechi as minister then.

However, Abaribe moved a motion for Akpabio to take a bow and go.

The Senate Leader, Abdullahi Yahaya, reminded Akpabio of what he did in 2015 even as he confessed that he actually thought history would repeat itself when Abaribe wanted to speak.

Abaribe also caused a stir on the floor when Senator Olorunnimbe Mamora appeared for screening.

He extolled the sterling qualities of the former Lagos senator.

Three senators protested the non-inclusion of the indigenes of the Federal Capital Territory in the ministerial list submitted to the Senate by President Muhammadu Buhari.

The Senator representing the FCT, Phillip Aduda, raised a point of order to draw the attention of his colleagues to the exclusion of his constituents from the list.

The Senate President, Lawan, while ruling on the order, called on the executive to look into the concerns raised by Aduda.

Obviously not satisfied with the response of Lawan, the member representing Kogi West, Dino Melaye, raised a constitutional point of order asking Lawan to direct the executive to recognise the FCT as a state by appointing an indigene as a minister.

The Senate President, however, ruled that his point of order was noted.

Another attempt by a member from Osun Central, Senator Bashir Ajibola, to revisit the issue was frustrated by Lawan.