DHQ debunks Boko Haram video on capture of Naval base 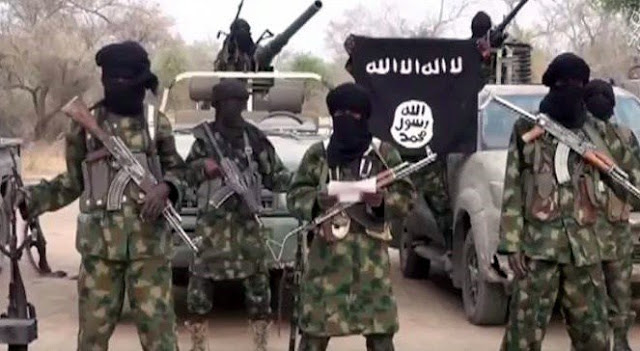 Nigeria’s Defence Headquarters (DHQ) has debunked what it called a mischievous video footage being circulated online by the Islamic State of West Africa Province (ISWAP), claiming the capture of a naval Base in North East Nigeria.

Colonel Onyema Ugochukwu, acting director of Defence Information said on Sunday night the video was cloned by the terrorists ”in an unwitting attempt to disseminate and propagate false information in order to gain accolades and present a public image of a virile force”.

And the video was conjured, he said, after the terrorists suffered major defeats in encounters with Counter Terrorism and Counter Insurgency troops.


“The terrorists group had earlier circulated a similar video, following an encounter with troops in Baga area of the Lake Chad region, where they claimed to have taken over the Naval Base, Lake Chad.

“Apparently, this video, shows ISWAP occupation of a disused boat yard, which is still being mischievously circulated, after careful doctoring, to portray a phantom capture of Naval Base, Baga, as if it were a recent victory in its insurgency campaign.

“The video footage is undoubtedly an unclever and amateurish attempt to save face, having suffered enormous losses in several encounters with troops in the last 7 months. It is also another failed ISWAP propaganda effort to project itself as a potent force with maritime capabilities.

“Both ISWAP and BHT have severally suffered defeat during fierce offensive operations and Air interdictions conducted by troops of the Multi National Joint Taskforce (MNJTF) and Operation Lafiya Dole in Doron Naira, Ngouma in Cameroun, Arege, Malkonory and Tumbun Rego, where several insurgents were neutralised, including an ISWAP Commander.

“The insurgents were equally, recently defeated in the battles of Goniri, Nbaga and Gero by the gallant troops of Operation Lafiya Dole. Suffice to mention that huge cache of arms, ammunition and other weapon systems were recovered from the insurgents during the offensive operations.

“Members of the public are therefore, please urged not fall for the propaganda antics of ISWAP and Boko Haram terrorists and to discountenance the false video”.