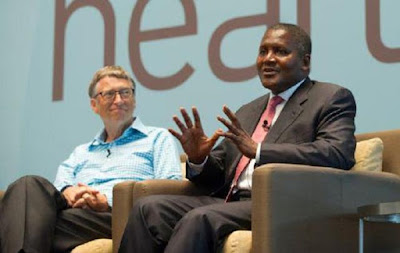 The Dangote and Bill & Melinda Gates foundations have restated their commitments to sustaining the fight against polio in Kano State.‎

This is contained in a statement signed by the Chief Press Secretary to Governor Abdullahi Ganduje of Kano State, Malam Abba Anwar, on Saturday in Kano. ‎

‎According to the statement, Dangote and Gates reiterated their promises via a video teleconference at a mid-year review meeting on ‎strengthening strategic routine immunisation held at the Government House in Kano.

‎The statement quoted the Executive Secretary of the state’s Primary Health Care Management Board, Dr Tijjani Hussaini, as saying that system strengthening efforts have evolved over the years with the primary aim of improving Primary Health Care service delivery.‎


Hussaini said efforts were expanded from Routine Immunisation to broader health in agencies under the state’s ministry of health.

“By the year 2021, most public health programmes would have been covered by the Kano Health System-strengthening efforts.

“From January to June 2019, parts of our priority areas included scaling up of fruitful synergy between primary and secondary health facilities,” he said.‎

He said that their efforts ultimately resulted in rolling out a Phase 1 referral linkage between the two stages of the health facilities.

‎According to Anwar, Ganduje commended Dangote, Gates and all other stakeholders for finding it worthy to support the state’s health sector.