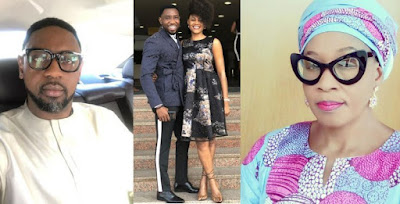 Controversial investigative journalist, Kemi Olunloyo has stated that  Busola Dakolo lied in her rape allegation against Pastor Biodun Fatoyinbo of the Commonwealth of Zion Assembly, COZA.She made this known on Tuesday in an interview on TVC’s ‘Your View’.

Olunloyo noted that Busola is after fame and trying to defame the COZA pastor.

In her words: "Busola is after fame, Timi is after fame. It is clout, it is trying to defame a pastor. I went to the prison three times for a criminal defamation case. This investigation is not about Kemi Olunloyo, It’s about the police.


Kemi also stated that she decided to investigate the story because there were a lot of inconsistencies in it.

She also added that the dates the alleged rape took place as given by Busola Dakolo do not add up.