Chelsea ban fan over use of racist language 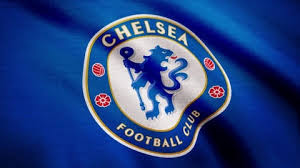 Chelsea has permanently banned one supporter from Stamford Bridge for the use of racially abusive language and threatening and aggressive behaviour during last season’s home game with Manchester City.

The Premier League club has also temporarily excluded five other supporters for periods of between one and two years for the use of abusive language and threatening and aggressive behaviour at the fixture on December 8.

Chelsea, who have not released any names over the incidents, said they had delayed reaching a decision in the cases in order to ensure they did not prejudice the related police investigation.

The Crown Prosecution Service recently announced it had elected not to initiate any criminal prosecutions.


According to the club, all individuals sanctioned as a result of their investigation were offered the right to appeal and, where applicable, those appeals have been heard.

Referring to the supporter handed a lifetime ban from the ground, a club statement on Tuesday read: “While the club respects the decision of the CPS (not to charge the individual with a criminal offence), the question that it had to determine was not whether a criminal offence had been committed, but rather whether the individual acted in breach of the ticketing terms and conditions.

“In this regard, the club operates to the civil standard of proof, which is entirely different from the criminal standard.

“In reaching its decision, the club took into account the denial made by the individual as well as a range of other evidence, including video evidence and evidence from two lip-reading experts — both of whom advised that the individual had used words that are racially abusive.”

The statement added: “In this case, the behaviour of all six individuals crossed the line of what is acceptable.”

Chelsea chairman Bruce Buck in December blamed a “deeply unpleasant but vocal minority” for shaming the club’s fans in an open letter following incidents of abuse.