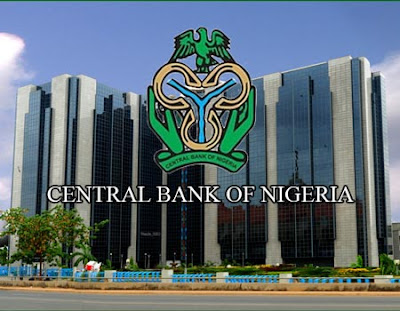 The Central Bank of Nigeria on Tuesday said it would begin a monthly review of Deposit Money Banks’ loan-to-deposit ratios from September 30 as part of efforts to increase lending and stimulate economic growth.

The CBN Governor, Mr Godwin Emefiele, disclosed this in Abuja at a press briefing on the outcome of the Monetary Policy Committee meeting.

The two-day MPC meeting, held at the headquarters of the apex bank, was attended by all the eleven members of the committee.

The loan-deposit ratio is a ratio between the banks total loans and total deposits and it is used to calculate a lending institution’s ability to cover withdrawals made by its customers.

The CBN governor said the committee was of the view that there was a need to boost output growth through sustained increase in consumer credit, mortgage loans and granting loans to the Small and Medium Enterprises.


He said the committee also observed that while the management of the CBN had started the prescription of using benchmark loan-to-deposit ratios to redirect the banks’ focus to lending, there was a need to mitigate credit risk.

To achieve this, Emefiele explained that the committee enjoined the management of the CBN to de-risk the financial markets, through the development of a reliable credit scoring system, similar to the arrangement in the advanced countries as this would encourage the DMBs to safely grow their credit portfolios.

He said, “We need everybody’s support to achieve growth in Nigeria. When the monetary policy raised the concern, we had a flat loan-deposit ratio.

“We would apply certain sanctions that involve asking the 50 percent of the ‘un-lent’ portions of their loans into the CRR.

“The deadline is 30th of September. After September 30, we are going to begin a month-by-month monitoring and then prescription of deposit loan ratio for the banks.”

He said the MPC also called on the fiscal authorities to expedite action in expanding the tax base of the economy to improve government’s revenue and stem the growth in public borrowing.

Emefiele said the committee further urged the fiscal authorities to build fiscal buffers to avert macroeconomic downturn in the event of a decline in oil prices.

The committee urged the apex bank to intensify efforts in encouraging Nigerians living abroad to use official sources for home remittances.

He noted that this effort would complement other measures geared towards improving Nigeria’s current account balance.

On the African Continental Free Trade Agreement, the committee advised the Federal Government to put in place measures to aid the economy in realising the benefits of the agreement.

In particular, it noted the need to resuscitate moribund industries in Nigeria and improve key infrastructure in order to strengthen the productive base of the economy, create job opportunities as well as boost exports.

Speaking on the plan to restrict foreign exchange for milk importation, Emefiele said this was born out of the need to encourage local production of the product as well as support the dairy value chain.

According to him, if the plan to restrict foreign exchange for milk production is eventually implemented, it would bring the total number of products on the not-eligible-for foreign exchange list to 43 items.

The CBN governor said, “We believe milk is one of the products that can be produced in Nigeria today.  You all must have heard me at different forums say that we had seen the importation of milk into Nigeria before many of us were born, precisely over 60 years.

“Today, the import of milk annually stands at between $1.2bn and $1.5bn. That is a very high import product into the country, given that it’s a product that we are convinced that can be produced in the country.

“Let ask ourselves the question. What really does it take to produce milk? Get the cow and give the cow plenty of water to drink and let the cow eat a lot of grass and the cow positioned in a place without roaming about; that cow gets fat and you can take milk out of it.”

He called on the management of milk companies in Nigeria to support the policy, adding that the local production of milk would reduce the persistent clashes between farmers and herders.

“Perhaps, if you had started this journey three years ago with us, the herders-farmers’ conflict that we see today would not have been as intense as it is.

“We would need your help at this time because we can no longer wait for you to continue to be importing this product into Nigeria because we are convinced it can be produced in Nigeria.”

On the Monetary Policy Rate, the CBN governor said the MPC left the rate unchanged at 13.5 percent.

He explained that all the 11 members that attended the meeting agreed to retain the current monetary policy stance.

He said apart from the MPR that was retained at 13.5 percent, the committee decided to hold the Cash Reserves Ratio at 22.5 percent.

This is the third time the MPC would be retaining all the key benchmark monetary policy parameters. It had held the rates constant at its meetings in March and May this year.

Explaining the rationale for the decision, the governor said that given the happenings in the external sector and the fact that inflation was moderating, tightening the monetary policy should not be an option.

Emefiele said this was based on the conviction that the restriction of the capacity of banks to create money could curtail their credit creation capabilities.

On the contrary, he said the MPC was of the view that while loosening could increase the money supply, stimulate aggregate demand and strengthen domestic production, the economy could be filled with liquidity, especially if loosening could drive growth in consumer credit without commensurate adjustment in aggregate output.

“It also observed that since interest rates were currently trending downwards, it is safer to await the full impact of these policy actions on the economy before a review of the position of monetary policy,” he added.