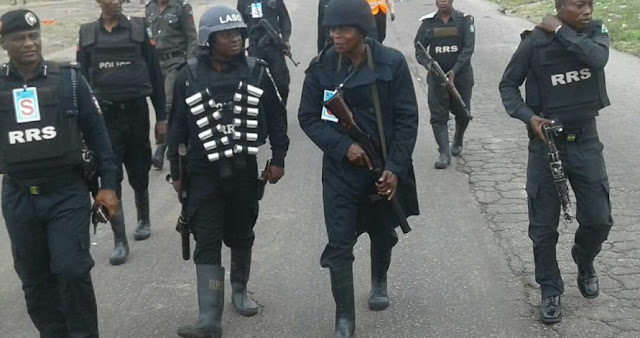 Security operatives have cordoned off the usual business area of Banex in Wuse 11 as a result of the planned continuation of the protest by the Shiite members whose leader has been in detention.

For fear of lives and properties security operatives, including police operatives and Department of State Security-DSS refused pedestrian and vehicular movement in and out of the ever-busy Banex as a result of the death of a Deputy Commissioner of police and 11 members of the Shiite group.

Some of the Shi’ites were said to have fled into Banex, which is known for the sale of computers and tech gadgets.

The policemen were said to have chased after them, while traders and bystanders ran into shops to avoid being caught in the crossfire.

The clash between the policemen and Shi’ites reached a climax on Monday, leading to the death of a Channels Television reporter, Precious Owolabi, who was also a National Youth Service Corps member.

The Deputy Commissioner of Police in charge of Operations at the FCT, Mr. Usman Umar, was also killed; while more than three Shii’te members were killed.

The members of the IMN have been protesting the prolonged detention of their leader, Sheikh Ibraheem El-Zakzaky; and his wife, Zeenah,.

Both of them have been in custody since 2015 without trial.