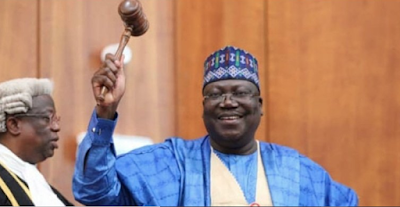 The President of the Senate,  Ahmad Lawan, has said that President Muhammadu Buhari will submit the list of ministerial nominees for the consideration and approval of the red chamber this week.

Lawan who stated this at plenary on Wednesday explained that the executive arm of government was working hard to ensure that the list was ready early enough before the senators proceed on their annual two-month recess.

The President of the Senate was reacting to a point of order raised by  Senator Bassey Akpan to the effect that the delay in the submission of the list could affect the holidays of the senators.

Lawan, however, assured his colleagues and Nigerians that President Buhari would send the list to the Senate before the week runs out.


He also expressed confidence that the nominees would be screened by the upper chamber before the annual vacation which would commence on July 26.