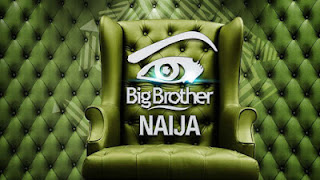 Big Brother Naija, a reality show in which contestants live in an isolated house and compete for a large cash prize at the end of the show by avoiding being evicted by viewers has definitely become one of the most-watched and followed TV reality show in Africa.

However, it’s amazing that many viewers hardly miss a thing despite that the TV show runs for 24 hours for at least 3 months.

Millions of Naira are splashed on Housemates from committed viewers and voters on their favourite housemate or housemates – including sponsors from different quarters, but despite the high recognition of the show in Africa, there are things the public has decried about the show.

Here are some of the things people hate about BB Naija:


1: Criteria for selection: Thousands of people churn out for auditioning into the Big Brother Naija house and only 24 are selected without clear criteria.

Cee C, One of the housemates in the Double Wahala edition, claimed she met Ebuka before auditions but didn’t give details of their conversation whether he helped her or not.

Ebuka, the host of the show and Biggie (The voice that represents, the show organizers) are been criticised yearly based on criteria for selection. Allegations have been raised that some of the housemates are selected based on the relationship with the organizers – although no proof but the organizers need to watch their back, someone might be planning an alternative to this show.

2: Vote: The integrity of the voting collation for housemates has been questioned both by the public and some of the ex-housemates. Ebuka had explained that the organization responsible for collation, Deloitte, are experienced and known for “Integrity” but that doesn’t look convincing to former housemate Anto who complained bitterly about the Voting collation and some of the public are still skeptical about the “Integrity” of the vote revealed per week.

3: Questionable Twist: Suspense and Intriguing decision by Biggie is definitely one of the highlights of the show but it sometimes becomes questionable.

The season 3 pepper dem edition recently witnessed a Twist in which two new housemates were introduced after 7 evictions.

The housemates clearly look unhappy with the move and it has raised eyebrows from some quarters.

Were this two introduced to spice up the show or some big men suddenly wake up and decided to throw in their favourites at a time they feel its best?

Is there an external interest for some housemates or influenced decision to intentionally favour a housemate?

Some have raised the allegation that Tacha is the favoured candidate for this season.

4: The show is Big Brother Naija, however, the Nigeria tag has made a lot of people to expect something peculiar to the Nigerian culture to be displayed 24 hours in the house.

It’s a show that should depict what Nigerians love to do and is all about, but the show of nu.dit.y, foreign accents, smoking, uncultured attitudes definitely takes some people off.

5. S.e.x.: This is one, if not the most controversial aspect of the show.

Religious leaders come out yearly to call for the ban of the show because of its illicit visuals.

6: 60 million for the winner of the show with loads of sponsorship ahead while Educational program, ICT, Water resources Projects and loads of things are poorly funded in the country is also one of the reasons some of the public condemn Big Brother Naija.

Some believe such money and publicity should be showered on intellectual programs that will shapen the future of younger generation.