APC, PDP yet to submit election expenses as required by law — INEC 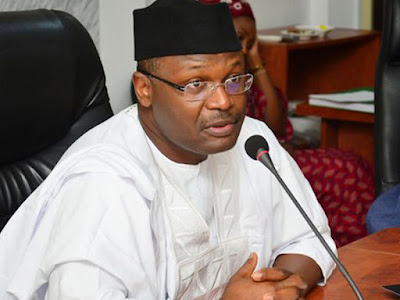 The ruling All Progressive Congress party (APC) and the major opposition, the Peoples Democratic Party (PDP), are yet to submit their audited financial reports containing expenses for the 2019 general elections, as required by law.

The chairman, Independent National Electoral Commission (INEC), Yakubu Mahmood, made this known on Monday. Mr Mahmood also said only one political party has submitted its financial report. There are 91 registered political parties in Nigeria, according to INEC’s website.

He urged other political leaders to abide by the law.

The INEC chairman said this at a meeting with political parties on Monday, while reviewing the processes and procedures it used in 2019 general election in Abuja.

”It is important to remind us that as we review the 2019 General Elections in order to identify successes, challenges and the way forward, we should also ask ourselves the extent to which we have complied with the extant laws,” he said.

The INEC boss explained that the 2010 Electoral Act as amended, requires all political parties to submit two election expenses reports to the Commission, as provided for in Section 93(4).

Mr Mahmood however, noted that although the political parties are still within the time frame provided by law to do the needful, ”so far, only one party has filed its returns”.

Supplementary elections in five states were also held in March.

He further said the law also requires political parties to submit the audited returns of their election expenses within six months after the conclusion of an election as provided for in Section 92(3)[a] of the Electoral Act.

”The first requirement contains the disclosure of material contributions received from individuals and corporate bodies three months after the announcement of the results of the General Election as provided for in Sec. 93(4) of the Electoral Act. So far, no political party is in compliance.

”Secondly, parties are required to submit audited returns of their election expenses within six months after an election as provided for in Sec. 92(3)[a] of the Electoral Act.

”Although we are still within the time frame provided by law, so far, only one party has filed its returns.

”Similarly, the Commission notes that only one presidential candidate has submitted financial expenses report. We wish to remind leaders of political parties of their obligations under the law,” Mr Mahmood said.