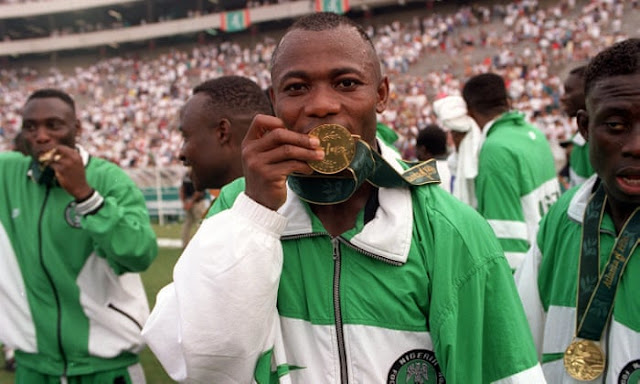 Ex-international Emmanuel Amuneke has made a plea to the International Olympic Committee to help replace his stolen Olympic gold medal, Sports Extra reports.

The former Barcelona winger kept his medals in his home in Festac Town, Lagos but Amuneke said the Olympic gold medal, which he won at the Games in Atlanta in 1996 was stolen.

“I have a special place in my home where I keep my medals so that on retirement, I could show my kids and that could spur them,” Amuneke told Sports Extra.

“To take part at the Olympics and win gold is not that easy considering the tough teams we faced at Atlanta.

“The Olympic medal particularly is seen as one of the biggest achievements in sports. I have nearly all of my medals but the

Olympic medal is the only one missing from my medal cabinet and I hope the International Olympic Committee can replace it.”