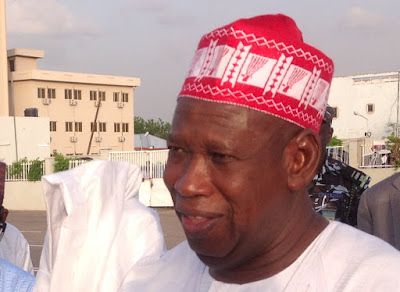 Kano State Governor Abdullahi Ganduje says his state is the most peaceful in the federation.

According to him, “90 percent of the people kidnapped in Kano were rescued. Cattle rustling has become history in the state drastically and armed robbery has reduced drastically.”

Ganduje spoke weekend while receiving a delegation Rano Emirate who visited him to appreciate his support for the majority leader of the House of Representatives, Ado Alhassan Doguwa.

The governor disclosed that the army had pledged to convert the Falgore forest to a military training ground.


He said:  “When I lodged my complaint about Falgore forest to President Muhammadu Buhari, he directed me to meet with Chief of Army Staff, General Yusuf Buratai, who, in turn, promised to convert the forest into a military training ground.”