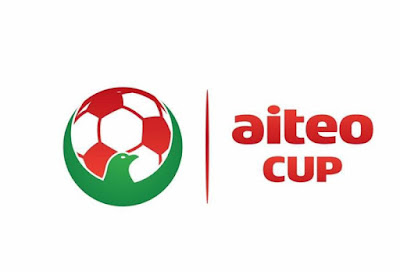 The 2019 Aiteo Cup final earlier scheduled for Wednesday 24th, 2019 between Niger Tornadoes and Kano Pillars at the Ahmadu Bello Stadium, Kaduna has been moved to Sunday 28th, although venue remains the same.

This year’s all-Northern final is the third edition of the rebranded Federation Cup.

While Tornadoes defeated Rivers United 2-1 in their semi-final, Pillars beat Calabar Rovers 3-1 on penalties after both teams had played out a 1-1 draw in regulation time.

The Minna-based club lost to Akwa United in 2017 final in Lagos, while Pillars threw away a three-goal lead to lose on penalties to Rangers in the final played one year later in Asaba, Delta state.

He made the declaration at his office when he spoke to newsmen.

“It is no longer news that Kaduna has been anointed to host the oldest football competition in Nigeria now known as the Aiteo Cup for both the male and female categories and we are more than ready to host because it is a great honour and privilege to be recognized.

“I want to graciously thank the Nigeria Football Federation (NFF) under the amiable leadership of Mr Amaju Pinnick for the giant strides in developing football at all levels in the country.

“Let me assure everyone travelling from far and near that Kaduna is safe and ready to host the best ever Aiteo Cup finals in terms of adequate and effective security, crowd control and other logistics to ensure a hitch-free final before, during and after.

“Two days ago, we wrote to the Kaduna state Commissioner of Police requesting for certain number of Policemen, and I’m happy to inform you that our request has been granted as ninety (90) Policeman would be on ground.

“In addition to that, we have also made arrangements for Civil Defence, Civilian JTF and FA security as we expect a capacity crowd at the Ahmadu Bello Stadium for the finals.”

The Kaduna State Football Association Chairman who was recently re-elected for another four-year term shed more light on Niger Tornadoes’ preferred choice of Kaduna as their venue for their home matches in the 2019/2020 CAF Confederation Cup competition.

“I can confirm to you that Niger Tornadoes will play their CAF Confederation Cup home matches in Kaduna and at the Ahmadu Bello stadium to be precise.

“We have received an official letter from the NFF to that regard and some officials of Niger Tornadoes visited our Secretariat last week in Kaduna to also communicate same.

Meanwhile, Niger Tornadoes arrived Kaduna ahead of the men’s final and will have multiple training sessions at the Kaduna township stadium and a last session at the Ahmadu Bello Stadium before the final.