15 foods that can boost your s3x life 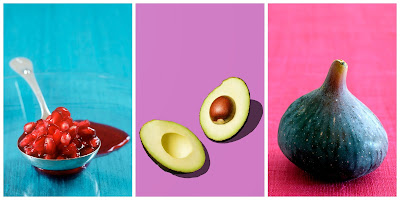 For men, it is said that some of the smallest blood vessels and nerves in the body can be found in the p3nis. Hence, devouring junk foods like pizzas and fries every day may get the blood vessels ‘beneath’ clogged with fat and cholesterol.

Such fat and cholesterol can restrict blood flow to the p3nis, thereby preventing it from getting hard when it’s time for action with one’s spouse, according to a urologist at the Orlando Health, Florida, the United States, Dr Jamin Brahmbhatt.

Apart from that, the heart may be at risk as many of these foods can increase the chances of developing high blood pressure.

Although it may sound ridiculous, Brahmbhatt said the penis should be treated like a luxury car. Like the car needs to be filled with the recommended fuel and kept up with the suggested maintenance, the p3nis also needs healthy foods and plenty of exercise to keep it brawny.


As published on menshealth.com, the urologist said filling the manhood up with right foods could boost a man’s testosterone, strengthen the sperm, and supercharge an erection. For a start, Brahmbhatt and other experts said the following foods could keep the penis healthy and boost a couple’s s3x life.

Having morning coffee may improve a man’s s3x life, according to a study of more than 3,700 men from the University of Texas Health Science Centre at Houston, US.

During the study, it was observed that those who downed the equivalent of two to three cups of coffee a day, that is, between 170mg to 375mg of caffeine, were less likely to report erectile dysfunction than men who skipped their cup of coffee.

According to authors of the study, caffeine triggers a series of effects in the body that help the arteries in the manhood relax and make blood flow to increase, producing an effect similar to erectile dysfunction drugs like viagra.

A man’s penis needs vitamin D and the foods above are great sources of it. A group of researchers at the Baylor College of Medicine, Texas, US, had a group of men take either 3,332 IU (83.3μg) of vitamin D or a placebo per day for a year.

The researchers found that free testosterone levels – the powerhouse of a man’s s3x drive – significantly increased in men who took vitamin D.

According to the Chief of Male Reproductive Medicine and Surgery at the Baylor College of Medicine, Dr Larry Lipshultz, insufficient D levels may increase the risk of erectile dysfunction, because when men don’t get enough vitamin D, they produce free radicals that decrease nitric oxide in their bodies, a compound that helps the blood vessels to function.

Lipshultz noted that without nitric acid, the blood vessels can’t relax, hindering the flow of blood to the penis and making it difficult to get hard.

The US National Institutes of Health recommends 600 IU (15μg) of vitamin D daily, while the Endocrine Society notes that some people may need to go much higher with between 1,500 IU (37.5μg) to 2,000 IU (50μg) daily. Men are advised to consult their doctors to find out what works best for them.

Menshealth.com carried out a study involving 17 men with erectile dysfunction who ate 100g of pistachios every day for three weeks.

After the period, the men were said to have all reported a significant improvement in their erectile function, orgasm ability, libido, sexual satisfaction, and overall happiness in life. Also, they were all said to have higher high-density lipoprotein (also known as the “good” cholesterol) and lower low-density lipoprotein (also known as “bad,” cholesterol).

Brahmbhatt said pistachios contained a high amount of an amino acid that boosts nitric oxide in the body.

He noted that pistachios, like almonds, walnuts and most other nuts, were a great source of healthy fats and good for both the heart and penis.

Experts believe that only a few people eat enough fruit.

In a 10-year study of more than 25,000 men, Harvard University researchers found that men who ate foods packed with certain flavonoids such as anthocyanins, flavanones, and flavones had a lower erectile dysfunction risk than men who didn’t eat as much of them.

The researchers observed that men who ate flavonoid-rich foods like blueberries, strawberries, apples, and citrus fruits a few times a week reduced their ED risk by 9 to 11 per cent compared to those who took them less frequently.

The researchers discovered that flavonoids found in these foods might help improve the health of the blood vessels by relaxing the arteries.

In addition, men who were physically active (even walking for between two and five hours a week) and ate flavonoid-rich fruits reduced their ED risk by 21 per cent.

Researchers have always said the Mediterranean diet (inspired by the eating habits of the people of Greece, Italy, and Spain) is good for the heart and also the p3nis. They said heart disease was one of the most common causes of erectile dysfunction and that once plaque started to build up in the blood vessels, the ones in the penis were the first to get blocked up.

To test the Mediterranean diet’s benefits, menshealth.com reported that some Italian researchers had 35 men diagnosed with erectile dysfunction and metabolic syndrome load up their plates with lots of fruits, vegetables, whole grains, olive oil and fish. Another 30 men with metabolic syndrome followed a control diet.

After two years, about one-third of the men following the Mediterranean diet regained normal s3xual functioning and saw lower levels of inflammation in their bodies.

The researchers found that the combination of eating more fibre-filled and antioxidant-rich foods might have anti-inflammatory properties, which help promote healthy blood flow.

The study also observed that men who ate lots of monounsaturated fats like fish and nuts also had the highest levels of cholesterol.

Meanwhile, other studies have shown that the Mediterranean diet can help one drop a few pounds, as healthy body weight is linked to stronger erections.

“That’s because extra weight can harm the body’s vascular function and this interrupts blood flow to the p3nis,” a study of more than 7,000 adults published in The Lancet found.

Vitamin C, found in the above items, is key for healthy sperm, according to research from the University of Texas Medical Branch, US.

In the study, researchers divided 75 men – all heavy smokers with poor semen quality – into three groups. One group took 200mg of vitamin C, another took 1,000 mg and the last group took a placebo.

After four weeks, the 200mg group improved their sperm quality by 15 per cent, meaning they not only had a higher sperm count, but their sperm were able to swim more efficiently and survive longer, too.

In addition, the 1,000mg group more than doubled that by 40 per cent. Vitamin C seems to protect the sperm’s DNA from cell-damaging free radicals, the researchers said.

They said this was important since damaged sperm might mess with the man’s ability to conceive when a couple is ready to have a child.

The National Institute of Health asked men to aim for a minimum of 90mg and no more than 2,000mg of vitamin C a day, stating that vitamin-C rich foods include oranges, yellow peppers, peaches and spinach.

Speaking with our correspondent, a Lagos-based marriage counsellor-cum-nutritionist, Mrs Oluwatola Williams, said lack of s3xual satisfaction among couples was one of the reasons for infidelity and divorce.

She agreed with the authors of the various studies above, urging partners to consume foods that could boost their s3x lives.

Williams said, “I always tell couples that one of the solutions to erectile dysfunction is eating healthy foods. I agree with the consumption of the foods suggested by the experts. Thankfully, most of the foods can be found in many stores and markets in Nigeria. The truth is, lack of s3xual satisfaction can be bad and lead to severe consequences among couples.

“I think many Nigerians don’t eat fruits and they don’t get all the nutrients they need for blood flow. Some men can consume ‘swallow’ from morning till night without the addition of rich vegetables.”

She noted that such eating habit would do no good to the body and the overall boost of couples’ s3x lives.

Another nutritionist, Dr Ninioluwa Badmus, said it was time husbands and their wives started taking care of their bodies by eating healthily.

She also noted that foods played an important role in a couple’s s3xual life, advising them to be wary of the kind of foods they ate.

Badmus said, “Many times, couples’ solution to poor s3xual satisfaction is not found on prayer mountains or at vigils. They are found in the kitchen. I agree with the fact that the foods mentioned could help rejuvenate a dying s3xual life.”