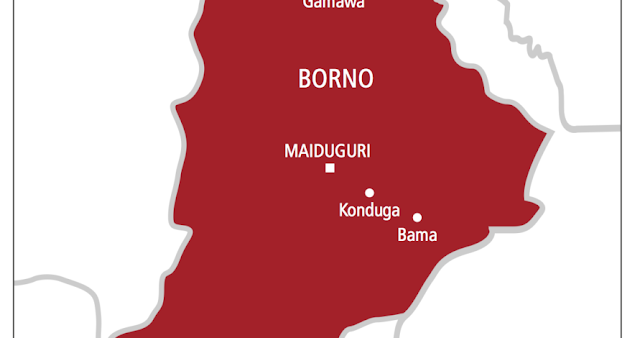 At least 13 civilians were killed in an air raid as the military repulsed a jihadist assault in northeast Borno State, residents and a security source said Sunday.

Multiple inhabitants of Gajiganna village, 50 kilometres (30 miles) from state capital Maiduguri, told AFP a military jet on Tuesday targeted jihadists from the Islamic State West Africa Province (ISWAP) after they attacked a nearby military base.

The Nigerian air force, however, said it had no reports of civilian casualties.

Fleeing residents were caught up in the bombing, residents said on condition of anonymity over fears for their personal safety.

“We lost 13 people in the bombardment as many people tried to escape the fighting between the insurgents and troops,” a resident said.

“Many people were injured in the attack,” he said.

The military jet was deployed around 7:30 pm (1830GMT) to support troops in the base who were trying to fight off the militants, residents said.

“Many residents were too scared to remain in their homes and ran out to escape from the village as the fighting raged between the troops and the insurgents,” a second resident said.

“They were mistaken for the attackers by the jet which fired on them, killing 13 and injuring many,” he said.

Nigerian air force spokesman Ibikunle Daramola told AFP “there has been no such report” of civilian casualties from forces on the ground.

“What I can assure you is that the Nigerian Air Force responded to provide close air support to our troops that were under attack by the Boko Haram terrorists and everything that was done was in coordination with the army,” he said.

But a security source in Maiduguri confirmed the incident to AFP and blamed residents for flouting military orders to remain indoors.

“The villagers were warned not to step out of their homes before the terrorists attacked because there was intelligence they were planning an attack,” said the source.

“While fighting was going on some of the villagers started running away from their houses at the time the fighter jet was bombarding the terrorists,” said the security source who asked not to be named for fear of sanction.

“I learnt between 13 and 16 people from the village died and some others were wounded”, he said.

A military officer said ISWAP fighters in nine pickup trucks fitted with machine guns attacked the base around 17:00 GMT, engaging troops in a gunbattle.

The jihadists were subdued with the support of the fighter jet which destroyed six trucks and captured two others, the officer said.

On Thursday the military showed journalists the seized vehicles during a tour of the Gajiganna base, an AFP reporter at the event said.

Some buildings in the base were torched.

Biu said the attack was “repelled” with air support in which “many insurgents were killed”.

He made no reference to civilian casualties.

The IS-affiliated offshoot of Boko Haram has launched a series of attacks on military bases and government targets in the northeast since last July, leaving scores of troops dead.

The decade-long jihadist campaign of violence has killed 27,000 people and displaced around two million in Nigeria.