10 years of Boko Haram: Questions we don’t (and may never) have answers to 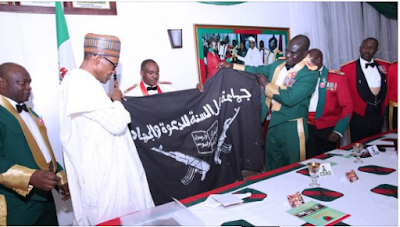 The Boko Haram terrorist insurgence in Nigeria’s north east came into global limelight in 2009 when the group had a military confrontation with the Nigerian military forces. 10 years later, the insurgent grouped which emerged from local grievances has morphed into a trans-national terrorist organization. In 2015, Boko Haram was ranked deadlier than the Islamic state according to the Global Terrorism Index. That same year, the then newly elected Nigerian President, Muhammadu Buhari declared that the terrorist group had been ‘technically defeated’.

This followed a string of militarized counter-terrorist successes against the group which in essence constrained it from carrying out sophisticated attacks outside of the north-east. Hamstringing Boko Haram in 2015 was expected, as Buhari had made the insecurity issues in the northeast a vocal point of his election campaign against his opponent, former President Goodluck Jonathan. 4 years after, the ‘technically defeated’ Boko Haram still carries out deadly suicide attacks, reportedly still controls territories in Borno and Yobe states where they collect taxes and tolls from inhabitants of communities. 10 years of trying to defeat Boko Haram’s terrorism has still not answered certain pertinent questions:

When Boko Haram re-emerged in 2010 as the terrorist group we know today, they justified suicide bombings, jail breaks and other terrorist attacks with the Nigerian government’s inability to bring to book the killer of their slain leader, Muhammad Yusuf. Attacks after attacks to demand for justice has still not produced a cogent explanation for the extra-judicial murder of Boko Haram’s founder. The continuous back-and-forth between the Nigerian Military and the Nigerian Police eventually fettered out. The government of Borno state (Boko Haram’s epicenter) was blamed for ‘improper handling’ of an accused terrorist but no government official was charged for any wrong-doing. Killing Mohammed Yusuf, leaving his body on the streets for onlookers and not bringing his killers to justice continue to provoke sentimental reactions from Boko Haram members, and till today, this killing is still a reference point for the group’s lack of trust in the Nigerian government. While it may be considered “right” to eliminate a terrorist and thus end a threat to public order, doing it with extra-judicial killings is like fighting terrorism with terrorism. It plays into the hands of the insurgents because it undermines the legitimacy that the Nigerian government claims to have as opposed to the group. If Boko Haram claims that the government of Nigeria is illegitimate, extra-judicial killings (if proven) prove them right.

Operation Restore Order (I, II and III), Operation BOYONA (Borno, Yobe, Nassarawa and Adamawa), Operation Zaman Lafiya (Peaceful Coexistence), Operation Lafiya Dole (Compulsory Peace), Operation Crackdown, Operation Gama Aiki (Finish the Job), Operation Safe Corridor and Operation Last Hold are some of the militarized counter-terrorism operations against Boko Haram since its inception. In the last 3 years, the head of the counter-terrorist command has been changed 5 times. Soldiers on the field are continuously going AWOL (Absent without Official Leave), citing the lack of competitive weapons and bad welfare as justifications. The army bases in the north east have suffered multiple, mostly successful attacks from the terrorists. Borders between Nigeria, Cameroon, Chad and Niger remain porous, enabling trans-border movement of insurgents to escape capture. All of these recurring issues continue to mar little successes recorded by the military forces that have been able to prevent the insurgents from carrying out sophisticated attacks outside of Borno and Yobe states. Combining the military prowess of affected countries in the Lake Chad Basin have proven to be a good move, helping displaced communities to return to their homes. Unfortunately, the success rate appears to continuously fizzle out as insurgents carry out one successful soft target attack after another. The ability of Boko Haram to adapt to different counter-terrorist operation and the divisive terrain in the terrorist landscape behooves a rethinking of counter-terrorist measures to match the increasing dynamics terrorist threat.

Which Boko Haram is the Nigerian Government Fighting or Engaging with?

The first glimpse of a split in Boko Haram ranks was in 2012 when the Ansaru group emerged. The split was termed concessional, as Ansaru aligned more with Al Qaeda in action and form at a time when Boko Haram tilted towards ISIS for support and recognition. A more pronounced ideological split occurred in 2016, when Abu Musab Al-Barnawi was pronounced by ISIS as the head of its West African Province (ISWAP). Al-Barnawi, Muhammad Yusuf’s son and his brother took control of a faction of Boko Haram from AbubakarShekau, Yusuf’s deputy who led Boko Haram after their father’s death. Both have accused Shekau of being totalitarian, power-drunk, too extreme and self-centered. ISWAP under Al-Barnawi have gone on to clearly distinguish itself from Shekau’s Boko Haram in ideology and modus operandi. Unlike Shekau who kidnapped about 300 school girls from Chibok and went ahead to use them as bargaining chips against the Nigerian government, ISWAP returned, unharmed, all but 1 of the 100 school girls kidnapped in Dapchi because ‘the kidnap cast them in bad light as a group’. The kidnap appears to have been a mistake in the first place. While Boko Haram employs suicide attacks on soft targets, ISWAP have attacked majorly military bases just as Boko Haram did in its early years. In contrast to Boko Haram’s forceful recruitment, ISWAP appears to solicit support from local communities through ‘peacefully enforced’ control and revival of economic activities such as the fish trade along the Lake Chad Basin.

The split in Boko Haram ranks shows that much is still unknown about the inner workings and structures of the group. More so, it is unclear which of the groups the Nigerian government is countering militarily or engaging with as the terrorism of each faction is different and requires different counter-terrorism approaches. ISWAP appears open to negotiations unlike Boko Haram, and the Nigerian government could use this seemingly open window to correct the mistakes of botched negotiations in the past. The answer to these questions would prove decisive in neutralizing the potency of the terrorist threat in the Lake Chad Basin.

Where are the Remaining Chibok Girls and Where is theDapchi Girl?

Much as ISWAP tries to distinguish itself from Boko Haram, both have adopted kidnapping as a megaphone tool utilized to amplify the popularity of ‘terrorist-style operations’ and their capacity to instill fear in affected communities. Over 100 girls from Shekau’s Boko Haram taken from Chibok, and Leah Sharibu, the last of the Dapchi girls kidnapped by Barnawi’s ISWAP have not been returned. Neither the popularity of the Chibok kidnapping, nor the fervent return pleas from the Dapchi abductions have yielded efforts at bringing the girls back. Shekau claims that while some of the girls were killed by the Nigerian military’s air raids, the remaining either have been married off to Boko Haram members and soldiers, or sold into slavery. ISWAP on their part proclaimed that Leah Sharibu’s refusal to denounce Christianity and accept Islam is the reason why she was not released with the other girls. Global confidence in the government to find and return the remaining girls is dwindling. Because the abducted girls are the ‘golden’ chips of the insurgents, they wiggle them in the faces of the Nigerian government and other partners and agencies who try to negotiate for their release.Reports of ransom payments and release of Boko Haram prisoners in exchange for the girls continue to diminish hopes in the government’s capacity, while simultaneously emboldening further, less popular kidnappings in the northeast of Nigeria.

How is Boko Haram Funded?

Analysts believe that tracing the source of funding for terrorist organization is an integral step to neutralizing such organizations. For 10 years however, exact information as to where and how Boko haram finances it activities have been sketchy to say the least. Before it became a violent force, personal contribution from members and supporters sustained the group and its activities. Between 2009 and 2016, Boko Haram engaged in bank robberies and kidnapping of expats to finance itself. Kidnapping of expats was also used as bargaining chips to get captured members released. When it became incapable of executing high-profile kidnappings, Boko Haram reportedly coerced/threatened the populace in certain communities such as Goza, Maiduguri and Mubi into donating to the groups cause or risk attack. Since going guerrilla, Boko Haram’s funding mechanisms have been surrounded by speculations. From engaging in illegal, cross-border trades in illicit drugs to smuggling and human trafficking. Shekau himself once admitted to selling some of the Chibok girls into slavery. Boko Haram, and just recently ISWAP have also been credited to control the fish trade across Baga, northeast’s major fishing market by levying transportation and other tolls on fishermen and fish traders.

All of these speculations do not however justify Boko Haram’s acquisition of sophisticated weapons, some of which the Nigerian military allegedly do not possess in its arsenal. Apart from weapons acquisition, logistics for continuous movement and evacuation of whole terrorist cells require huge financial investment. So also does maintaining a stream of support group in and outside of the organization. For all of these and more, where do Boko Haram and ISWAP get financial resources? Not knowing the answers to this question continues to indirectly justify the claims that Boko Haram was/is a creation and financial beneficiary of certain elites interested in making the Nigerian polity ‘ungovernable’ for the government in power. Stopping the money from flowing is a very (if not the most) effective and non-militarized way to stop the insurgent activities. And it does not involve any casualties, be they on the side of the insurgents or the local population.

What Exactly Does Boko Haram Want?

This question bemuses all claims and counter claims about the reasons why Boko Haram exist as a group. Attacking all representations of government such as the army presents it as an insurgent group. Its anti-western/anti-modernization ideology posits it as a fundamentalist religious Islamic group, but its killings of prominent Islamic scholars who oppose their ideology such as AuwalAlbani Zaria lends doubtful credence to the authenticity of its Islamic tenets. Insisting on proclaiming an Islamic State in a multi-religious entity such as Nigeria does not demonstrate a feasible terrorist agenda, and the facelessness of the group further impedes successful negotiations. 10 years on, what would clearly and pragmatically bring Boko Haram/ISWAP to an end still remains a mystery.