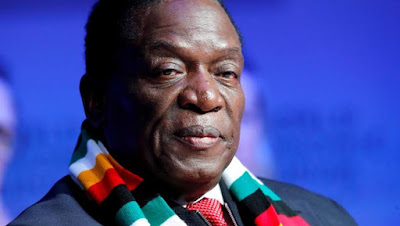 The Zimbabwe’s interim currency fell to a new low on the black market on Thursday.

As a result, local firms now demand payment in U.S. dollars, while inflation is running at its highest in a decade.

The RTGS dollar has plunged 60 per cent against the U.S. dollar since its introduction in February, and public sector workers’ demands for a second pay rise this year could undermine a government drive to convince lenders of its fiscal discipline.


President Emmerson Mnangagwa won a disputed election last year on a promise to revive a Zimbabwe economy shattered by decades of mismanagement by his ousted predecessor Robert Mugabe.

The RTGS dollar, introduced by the government on Feb. 22 as the first step towards a new currency by year-end, traded at 10.5 to the U.S. dollar on Thursday, 14.3 per cent lower than a week ago.

On the official interbank rate, the RTGS currency was pegged at 6.2 compared to 5.9 a week ago.
Zimbabwe formally adopted the U.S. dollar as its official currency in January 2009, when most Zimbabweans had already ditched the hyperinflation-wrecked Zimbabwe Dollar.

A decade later, analysts see the same situation repeating itself.
More than 80 per cent of Zimbabweans earn RTGS dollars but from bricks to rentals, car parts and many grocers, prices are now pegged in U.S. dollars, Reuters reports.