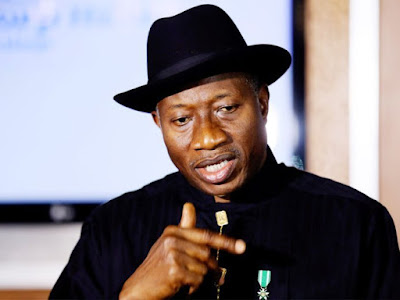 Former President Goodluck Jonathan has said Atiku Abubakar was right to challenge President Muhammadu Buhari’s reelection in February, saying it would be “unfair” to compare Mr Abubakar’s situation to the 2015 election in which he (Mr Jonathan) accepted defeat.

Mr Jonathan said the fundamentals of 2015 election, which saw him become Nigeria’s first incumbent leader to accept election defeat, were “very different” from the 2019 elections.

The 2019 polls were marred by violence and brazen irregularities.

“It is not right for anybody to compare Jonathan’s decision in 2015 with Atiku’s position in 2019 because they are two different scenarios,” Mr Jonathan said in an interview with PremiumTimes.


The magazine, which explored Nigeria’s pivotal moments between May 1999 and May 2019, is going on sale on June 12, Nigeria’s new Democracy Day.

Mr Jonathan said it would be dishonest for anyone to compare his decision to timely concede the 2015 presidential election to Mr Buhari and Mr Abubakar’s lawsuit over the outcome of the February 23 poll.

The former president said it was his responsibility to ensure a smooth and credible election was conducted under him, notwithstanding the independence of the election commission.

“In 2015, I was a sitting president,” Mr Jonathan said. “Although INEC is an independent body, every structure of government still operates under the president one way or the other.”

“So I was a president and INEC conducted the elections under my watch. Atiku was not a sitting president and if he or the party feels that things were not done right, of course they are at liberty to challenge it in court,” Mr Jonathan said.

Mr Jonathan, who described his presidential tenure as ‘unique’ in Nigeria’s history, also praised his achievements in office, saying he oversaw an economy that was consistently growing.

“Nigeria was the number one destination for foreign direct investment under my tenure. We were rated the biggest economy in Africa. We transformed the agricultural sector and brought the nation closer towards food self-sufficiency,” he said.

“Our currency was stable and inflationary pressure was kept at single digit. We may not have been comfortable with the exchange rate of less than N200 to the dollar at that time but I can tell you that the economy was stable.

“The stability we had ensured that business people and investors could plan because you were sure of the exchange rate and the cost of your goods at any point in time, whether you were exporting or importing. Economically you could say that Nigeria was stable and strong,” Mr Jonathan said.

The former president acknowledged that there were still many areas that required improvement, but said the stability he oversaw could have taken Nigeria to a height greater than it had been since he left office.

The special publication, titled: Nigeria: 20 Years of Patchy Democracy, is going on sale across Nigeria and abroad.

It contains the remaining parts of Mr Jonathan’s insightful interview, alongside similar exclusives with other leaders like Mr Buhari, and former President Olusegun Obasanjo.