What will happen to those using ‘Kayan Mata’, other s.e.x enhancers – Clerics 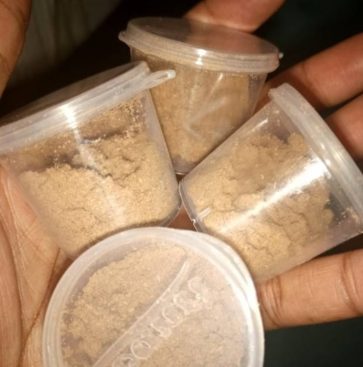 Clerics on Sunday warned youths against the use of trending s3xual booster called “Kayan Mata”, saying that it has spiritual implications.

Some of them who spoke with the News Agency of Nigeria (NAN) in Abuja said that in spite of the fact that some couples believed it’s helping their marriages, it has future repercussions.

“I have heard so much about this Kayan Mata, so many married women in my church have come to ask me if using it tampers with their faith.

“Due to this many questions, I decided to look into the whole Kayan Mata thing and I discovered that some of these sellers invoke demons to make their products effective.

“However, the devil does not give without taking, the originator of this amulet had to give a sacrifice to the spirits she invoked.

“These things definitely have spiritual implications that may not manifest until much later in the user’s life.”

Aribisala went further to narrate the experience of one of his church members who was given a waist bead by her friend as gift before her wedding.

“She found out that for the period she kept the waist bead on, she enjoyed good sexual relationship with her husband but the moment she decided to do away with it, her husband suddenly no longer found her attractive and refused to sleep with her.

“Now, she had no idea the waist bead was the cause of her problem until her friend confessed that she had bought the waist bead from one of these Kayan Mata vendors on social media.

“She claimed the waist bead possessed some hypnotic qualities and that the woman should have allowed it to break on its own instead of destroying it herself, so you can imagine the mess she is in,” he said.

High Chief Kukoyi Ijakande, a practising traditionalist, said that there is spiritual implication in using such products.

“I am a High priest of Ifa and Orunmila teaches us that whatever you get forcefully will not last, alot of these Kayan Mata products, though are made with herbs, are concocted calling on spirits that could be dangerous.

“When you use products that are said to bond you to your husband forever, don’t you know that the bonding goes beyond the physical realms?

“Some women have altered their husband’s destinies through the use of these products, they call on spirits to keep their husbands tied to them and in return the spirits begin dining on the husband’s ethereal form.

“Or when a woman uses a kajal guaranteed to get her anything she wants, the day she gets tired of the man, he might run mad, every spiritual action has a reaction,” he said.

He, however, appealed to people especially women to stop using such items for their husbands because it might affect them on the long run.

Also, Imam Yakubu Umar said that spiritual leaders had always warned against the use of such products but because of the rate some men cheat on their spouse, women still use such products.

He said that those products would definitely have their repercussions in the future but some men won’t stop cheating on their spouse and women who don’t want to lose their homes engage in it.

According to him, everyone should seek the face of God for mercy and forgiveness of sins because alot is happening in this present generation.

According to Mrs Rekiya Adamu, a 63-year-old housewife, the purpose of Kayan Mata has been defeated.

“During my days as a young newly married lady, Kayan mata was used to sweeten the marriage bed. It used to be a means to get sexual satisfaction for both the husband and wife, but now, there are different spiritual manipulative tools that people claim is Kayan Mata.

“They have bastardized the whole purpose with some sellers of the new ones even going as far as invoking spirits into those products.”

She however, said that some Kayan Mata were made from natural products like nuts and seeds.

Adamu added that alot of the products in the market have been mixed with things beyond the physical, asking youths to desist from them.