VIDEOS: What senior INEC officials said about server before 2019 elections 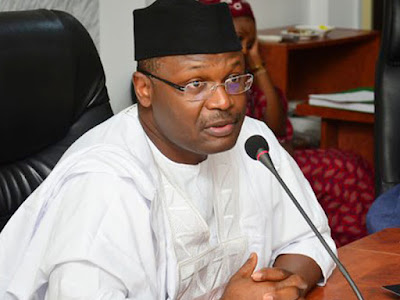 The Peoples Democratic Party (PDP) and the ruling All Progressives Congress (APC) have been engaged in heated arguments since Atiku Abubakar, presidential candidate of the PDP, said figures from the server of the Independent National Electoral Commission (INEC) showed he defeated President Muhammadu Buhari.

But Atiku and his party said figures from the server showed he garnered 18,356,732 votes while Buhari polled 16,741,430 votes in the presidential election held on February 23.

At the election tribunal where Atiku is challenging Buhari’s victory, Yunus Usman, counsel to INEC, said categorically that INEC did not have any server.
He was responding to the request of the PDP to inspect the server of INEC.

But when he featured on Channels Television’s Sunday Politics, a week to the election, Mike Igini, resident electoral commissioner of INEC in Akwa Ibom state, made specific references to the server of INEC.

“So what happen is that after I have sent that data as the presiding officer, the camera man and yourself, you are the two collation officers. Before I get to you without talking to me, without any form of communication, we have granted you access to our central server. You will see what I have transmitted without talking to me.

“Therefore, it is not expected that on my way to the ward collation centre, I could do anything funny with the form EC8A because we now have evidence trail. The fact that I am aware that at the polling unit the same result is there, the duplicate has been given to the party agent, I had transmitted to the central server without talking to me, both of you have seen that result. By the time I get to the ward collation centre, it would be taken away.”

Mahmood Yakubu, chairman of INEC, had earlier said the commission would not transmit results of the election electronically, citing logistical challenges.

He also spoke in an interview on Channels Television. It was aired on February 6.

As for the reason we are not transmitting electronically, we recall we had some discussions with the Nigerian Communications Commission and through the communications commission we had meetings with the telecom service providers and we identified blind spots in Nigeria, spots that are not covered by any of the networks. How do you effectively transmit results from those blind spots?

There are twin issues, the first one is communication, with several blind spots, how do you communicate? Secondly, the percentage of the country that is covered by 2G, let alone 3G or 4G network and we have no 5G in Nigeria, how do you in addition to sending results from the polling units, raw results meaning figures which is just like sending a text message and also sending copies of the EC8E because sending figures is different from sending images, so we have challenge in the area of communication but secondly and equally importantly we have a challenge in the area of security, particularly in this era of cyber insecurity. I think we need to do a lot more before we can deploy technology for the purpose of transmitting results nationwide.

Below is a video of the INEC chairman speaking: