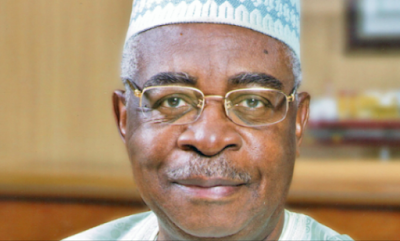 Theophilus Danjuma, a former minister of defence, has acquired a 300-year-old hotel in London for N1 billion.

TY Danjuma, as he is popularly referred to, is now worth $1.2 billion according to Bloomberg Billionaires Index.

The latest acquisition of the 80-year-old retired army general is a 14-room inn in London.

The Kings Arms Hotel is a 300-year-old inn next to Hampton Court Palace, which once housed Henry VIII, the king of England in 1509.


At present, the hotel is undergoing renovation. Upon launch, a room is estimated to cost £250 per night.

Hannatu Gentles, the second daughter of Nigerian billionaire, Theophilus Danjuma, says the family does not invest in trophy assets.

“We never tend to look at trophy assets. We’re not going to head to Mayfair to buy a 15 million-pound apartment primarily because we are a yield business,” Gentles, who is the chief operating officer of her father’s London-based family business, told Bloomberg.

“We invest in real estate in other jurisdictions, but in the UK, we always thought let’s stick to areas that we know.”

In 1998, Danjuma was awarded an oil block by Sani Abacha, now deceased head of state.

He left the military in 1979 to start his oil and shipping firm, NAL-Comet. He partnered with Total SA and Petrelo Brasileiro SA on the block. His minority stake in the oil block is now worth $450 million.

His charity work is done through his foundation after he pledged to give away $100 million.