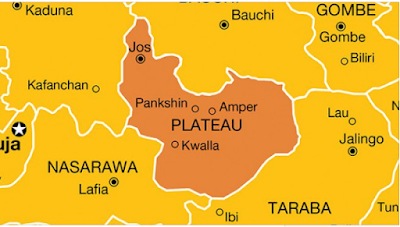 Gunmen suspected to be herdsmen have killed four persons, including a soldier at Tanturon in Riyom local government area of Plateau state.

A security source revealed that the attackers suspected to be herdsmen burnt all the houses in the entire village.

He said they struck around 1pm and that a combined team of soldiers, policemen and local security guards engaged the gunmen in a battle for four hours.

“They came well prepared and the gun battle went on for four hours. At some point, we called for reinforcement,” the source said.

He said some soldiers drafted to the town were moved out in October, adding that the military authorities withdrew them because of peace in the community.

The source said the villagers who fled as a result of the attack had returned to the community after security operatives overpowered them.

Tyopev Terna, police spokesman in Plateau, could not immediately be reached for comments.

There has been a prolonged dispute over land ownership between some communities and herdsmen in Plateau state.

A grievous attack in 2018 over the issue caused the death of over 100 members of the communities in Riyom and neighbouring councils.