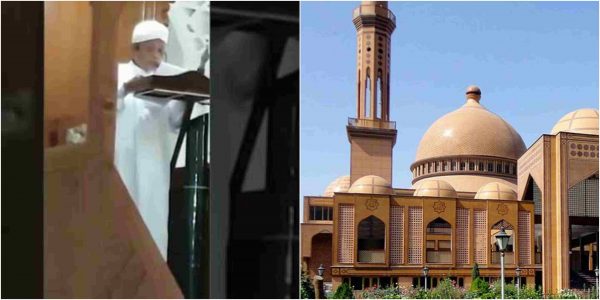 A Malaysian Imam, Ustaz Ku Yaacob Ku Hashim has passed away midway during his lecture on Friday at the Jumat service at the Al-Bukhary masjid.

“A few of us rushed to bring him down and several doctors in the congregation administered CPR while I called for an ambulance.”

According to renowned Islamic scholar Mufti Ismail Menk on Instagram, Ku Yaacob openly declared his shahadah and read verses of the Qur’an asking people to be conscious of Allah and not to die except in the condition of submission to Allah.

The Deputy Prime Minister of Malaysia Seri Dr Wan Azizah Wan Ismail has expressed her condolences to the family of a 68-year-old Imam who passed away while delivering the Jumu’ah Khutba.

“Death is a very humbling experience. Condolences to the family of Ustaz Ku Yaacob Ku Hashim.

No details were available of when Ku Yaacob was laid to rest.