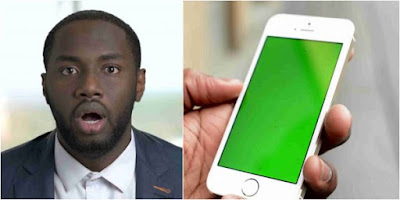 A Nigerian man, Mr Bayo has been the talk of various social media platforms ever since the leaked chat between him and his friend’s wife surfaced online.

In the chat Mr Bayo was asking the woman if he should come keep her company because her husband had been away for a long time.

She however told him she and the children are fine and would not be needing him around them before expressing her disappointment in him.


He then mentioned that he was actually testing her and he was so happy she passed the test. But he instructed her not to reveal the conversation to her husband.

Read the leaked chat below... 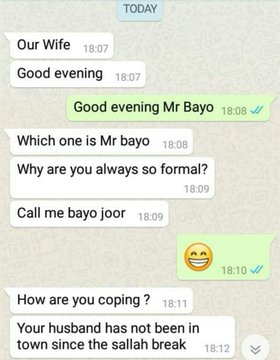 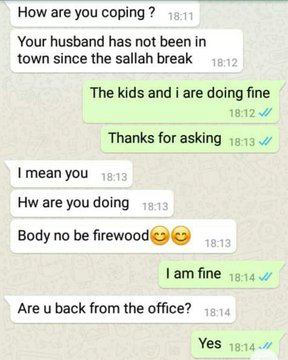 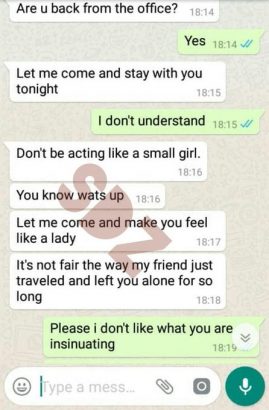 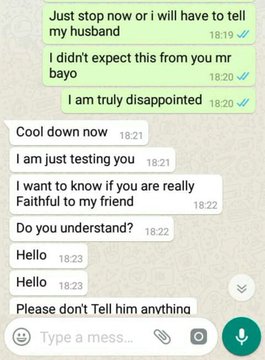 
If at all it was a planned work between the husband and him to some extent the husband consented but this one am not even sure he knows and frankly I don’t think it’s right to lay to test for anyone whether married or single. Mr Bayo The Tester

Is this really a test? i doubt if it was a test. Mr Bayo just failed as a real friend to her husband and of course she passed her test.

Mr bayo is 45% right for expressing her feelings to the woman…expressing one feelings to a lady than raping her is better…and mr bayo is wrong 55% for trying to sleep with his friend wife…if Mr bayo body dey hot he should go to motel or ashawo house, he go see his choice