SERAP sues CCB over claim on privacy of Buhari’s assets 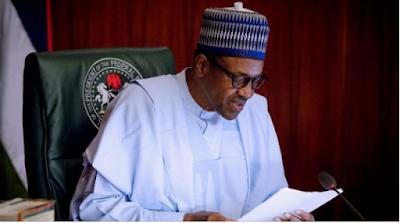 The Socio-Economic Rights and Accountability Project (SERAP) has filed a suit against the Code of Conduct Bureau (CCB) over its claim that details of President Muhammadu Buhari’s assets cannot be disclosed on the grounds of privacy.

Kolawole Oluwadare, SERAP deputy director, in a statement, said the suit was filed at the federal high court in Lagos on Friday.

A freedom of information (FoI) request by SERAP had asked the CCB to urgently provide information on asset declaration submitted to the bureau by successive presidents and governors from 1999 to 2019.

The bureau in its response stated that the information requested cannot be provided on the grounds of “invasion of privacy’.

In the filed suit, the civil society organisation argued that the assets declaration form is a public document and not private information as claimed by CCB.

“Asset declarations of presidents and state governors submitted to the CCB are public documents. Public interest in disclosure of the details of asset declarations sought by SERAP clearly outweighs any claim of protection of the privacy of presidents and state governors, as they are public officers entrusted with the duty to manage public funds, among other public functions,” the suit read.

“A necessary implication of the rule of law is that a public institution like the CCB can only act in accordance with the law, as to do otherwise may enthrone arbitrariness. The CCB does not have reasonable grounds on which to deny SERAP’s FOI request, as it is in the interest of justice, the Nigerian public, transparency and accountability to publish details of asset declarations by presidents and state governors since the return of democracy in 1999.

“Disclosing details of asset declarations of public officers such as presidents and state governors would improve public trust in the ability of the CCB to effectively discharge its mandate. This would in turn put pressure on public officers like presidents and state governors to make voluntary public declaration of their assets.

“Sections 1, 2, 4, 7, 9, 20 and 31 of the FOI Act are clear and unambiguous, stating a clear intention to make public information such as details of asset declarations by presidents and state governors more freely available to the members of the public and a clear obligation on the part of public institutions to proactively keep proper records in a manner that facilitates public access to such information or record.”

“AN ORDER granting leave to the Applicant to apply for judicial review and to seek an order of mandamus directing and compelling the Respondent to compile and make available to the Applicant information on specific details of asset declarations submitted to the Code of Conduct Bureau by successive Presidents, Vice Presidents, Senate Presidents, Speakers of House of Representatives, State Governors and Deputy Governors from 1999 to 2019 and to publish widely including on a dedicated website, any such information,” it read.

“AN ORDER granting leave to the Applicant to apply for judicial review and to seek an order of mandamus directing and compelling the Respondent to compile and make available to the Applicant information on the number of asset declarations so far verified by the Code of Conduct Bureau and the number of those declarations found to be false and deemed to be in breach of the Code of Conduct for Public Officers by the Bureau and to publish widely including on a dedicated website, any such information.

“AN ORDER granting leave to the Applicant to apply for Judicial Review and to seek an order of mandamus directing and compelling the Respondent to immediately take cases of false asset declarations to the Code of Conduct Tribunal for effective prosecution of suspects, and include banning the politicians involved from holding public offices for at least a period of 10 years and seeking refund of stolen public funds as part of the reliefs to be sought before the Tribunal.

“AND for further order or orders as this Court may deem fit to make in the circumstances.”