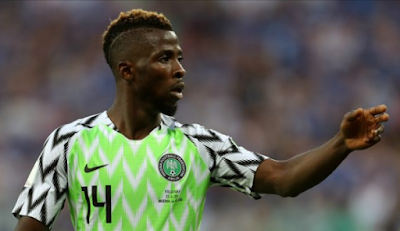 Ihenacho, who had a tough season with less of play time during the English Premier League season, was dropped due to “lack of fitness”.

In the last season, he came on as a substitute for Leicester city 21 times, started four times in the EFL cup and scored just one goal.

Ajayi, who had a splendid season with his championship side, also failed to scale the talents in the defence.

Rohr unveiled his squad after the team’s friendly 0-0 match against Zimbabwe on Saturday.

FC Midtjyland’s Paul Onuachu and Victor Osimhen of Royal Charleroi, Belgium, are the new call ups in the Super Eagles.

The team will depart for Egypt on Sunday aboard a chartered aircraft to set up a final training camp in the city of Ismailia.

The Eagles will take on Africa’s “number one” team, Senegal, in their final pre-AFCON friendly on June 16.

Nigeria will confront Burundi, Guinea and Madagascar in Group B of the 32nd continental tournament taking place in four Egyptian cities between June 21 and July 19.