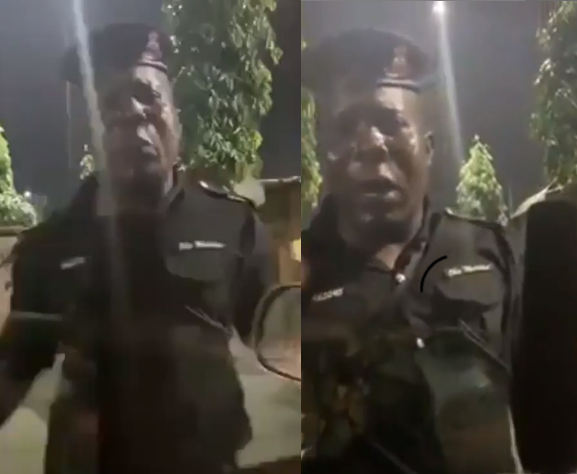 A Nigerian Policeman has claimed he was duped by Yahoo Boys using Vice President, Yemi Osibanjo's name to operate.

Speaking in a viral video, the officer said his wife met someone online who claimed he works with a company belonging to the Vice President.

He said while they were chatting, the fraudster promised to give her N950,000 as a gift from the Politician.

According to him, when the fraudster demanded his wife's account details, she sent his details to her and ever since then, he has been receiving numerous debit alerts.

The policeman also disclosed that he has reported the matter to the Federal Special Anti-robbery Squad (F-SARS), and they are currently investigating it.