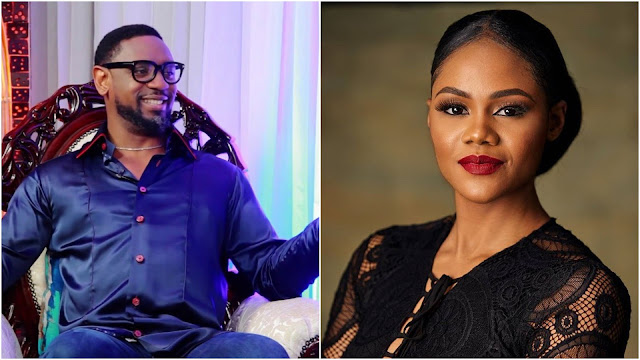 Nollywood actress Stella Damasus has hinted about another rape victim of Pastor Biodun Fatoyinbo of the Commonwealth of Zion Academy(COZA).

In a tweet posted Friday night,Stella mentioned the story of an unidentified lady she has known for 15 years, who also shared her rape experience with Fatoyinbo.

“I am in tears right now. Just got off the phone with someone I have known for 15 years. She had the same experience with this same pastor. The details of her experience were so shocking. She told people around him, but they all suppressed it. Are people still doubting this incident?”, Stella who is now based in New York wrote.

I am in tears right now. Just got off the phone with someone I have known for 15 years. She had the same experience with this same pastor. The details of her experience were so shocking. She told ppl around him, but they all suppressed it. Are ppl still doubting this incident?
— Stella Damasus (@stelladamasus) June 28, 2019

In another tweet, and against Fatoyinbo’s denial of raping Busola Dakolo, Stella again wrote:”Some people have mastered the art of manipulation and brainwashing. It’s not easy to break free from that. God help and heal us”.

Ace music producer, Don Jazzy also hinted about three persons who have shared their experiences, in relation with the COZA boss.

“At least we are having the conversations. In the last hour I have seen 3 different people voice out their own stories that they have been carrying, buried deep inside them painfully for years. May GOD help them all get justice. May they find closure. #SayNoToRape”, Don Jazzy wrote.

Pastor Biodun Fatoyinbo has been in the eye of the storm following revelation in a TV interview by celebrity photographer, Busola Dakolo, that she was raped repeatedly by him, while she was 16 years old.

The first time was when she was alone in her family house in Ilorin:

“I saw him, he was removing his belt, he just said: ‘keep quiet, do what I want you to do and you will be fine.”

“He didn’t say anything after, left to his car, returned with a bottle of Krest and forced her to drink it, probably as some crude contraceptive.”

She also said he told her,” You should be happy that a man of God did this to you.

“I have kept quiet over the years. I had to come out to say this because another narrative was being said.”

Her story has shocked Nigerians and the hordes of celebrities, with Fatoyinbo having to come out Friday night to deny ever raping any woman, ‘even when he was an unbeliever’.

He has also threatened legal action, against Busola.