1:24 AM CuteNaija 0 Latest News in Nigeria 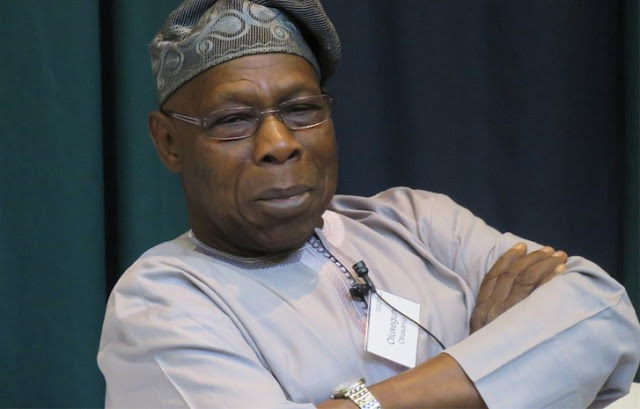 Garba Shehu, presidential spokesman says former President Olusegun Obasanjo owes Nigerians an explanation as to why he was absent at the inauguration ceremony of President Muhammadu Buhari.

Obasanjo was clearly absent from both the May 29 swearing-in ceremony and the first ever June 12 Democracy Day.

Obasanjo and all former heads of state and presidents except Yakubu Gowon were absent at the June 12 Democracy Day celebrations which held at Eagle Square in Abuja.


Shehu in a statement issued on Wednesday said Obasanjo was invited to both programmes but failed to attend neither.

“The former President, Chief Olusegun Obasanjo, owes an answer to Nigerians on his absence from the 2019 Presidential inauguration and Democracy Day celebration because the claim that he was not invited or he did not receive an invitation cannot be sustained,” Shehu said.

“Since the claim was first made, elements in the polity that have deliberately and consistently been trying to lead the country toward polarization have cashed in on it, throwing all manner of rubbish at the Buhari Presidency.

“The fact remains that the Secretary to the Government, Boss Mustapha wrote on May 16th, 2019.

“The invitation was sent to Chief Obasanjo’s known forwarding address, detailing out all the major events, and the invitation cards were delivered by a reputable courier company as confirmed.”


He said the personal secretary of the ex-president acknowledges receipt of the invitation.

“The receipt of the letter and invitation cards as delivered by the courier company was confirmed by Mr. Taiwo Ojo, the long standing Personal Secretary to the former President,” he said.

“If in the circumstance, Chief Obasanjo did not see or receive the letter and invitation cards as published by Vanguard newspaper (Page 16, June 16, 2019) and several other news platforms, then the former President needs to find out what is happening with his own secretariat.

“The government office did its job diligently and should not be blemished for no reason.”