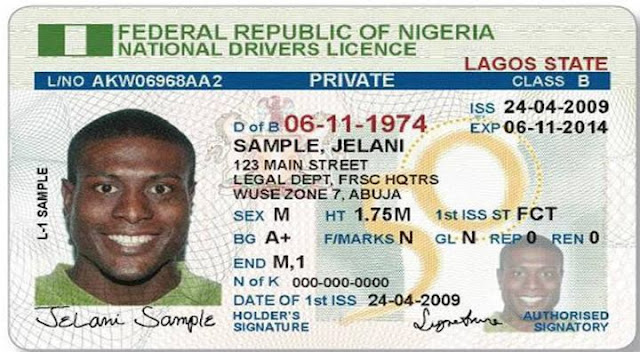 The Federal Road Safety Corps has urged drivers seeking to renew their licences to make use of the corps’ Bypass Capture scheme.

FRSC made the call in a statement issued by Bisi Kazeem, the Corps Public Education Officer.

Kazeem said FRSC introduced the Bypass Capture functionality on the National Drivers License portal to improve ease of obtaining the licence and also save applicants’ time.

According to Kazeem, an applicant’s eligibility for Bypass Capture would simply be required to make payment online and visit the collection centre to pick up the permanent licence when it is ready.

He said, “There is no need to visit any Drivers License Centre to recapture his/her biometric information again. An applicant who is either renewing or applying for a re-issue can use the Bypass Capture feature.”

Kazeem pointed out that the Bypass Capture is only available to applicants who have existing biometric information on the NDL system i.e. such an applicant must have gone through the FRSC Driver’s License process.

He added that an applicant can only apply for Bypass Capture for the first license renewal which is after three or five years. The second renewal (which will be after a minimum of six years, will require an applicant to recapture his biometrics.

Kazeem further explained that the first license which is regarded as a fresh application will require an applicant to capture his/her biometric at any of the DLC.

“For the second license which is a renewal or reissue, the applicant can choose to Bypass capture since his record is already existing in the NDL database and the third license renewal will require applicant to recapture his biometric information as it is expected that there should be some changes to the applicant’s physical appearance at this period. Subsequent renewal will follow the same cycle.” Kazeem stated.