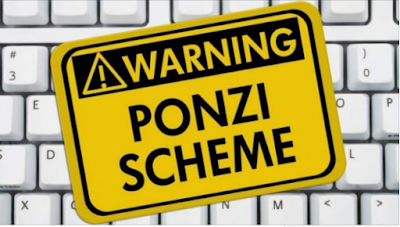 Barely a few weeks after it took over the social media, targeting young Nigerians to participate in a pyramid scheme, Loom, a Ponzi scheme has slowed down, as fewer people now reportedly invest in it.

Probably garnering lessons from the bitter experience millions of Nigerians had when another Ponzi scheme, MMM, crashed in 2016, various Loom groups have become inactive lately.

Like every Ponzi scheme, Loom was actually expected to last for a short time.

Some Nigerians have started complaining of the slow pace at which the scheme is going.


Nigerians Share Experiences
“The progress is not encouraging at all, once I cash out in this round, I won’t put my money again,” said Rose, a phone outlet attendant, whom this reporter had earlier interviewed.

Rose said, “For the past one week, no new person has joined the group.”

“People are afraid it might crash soon, so once they collect their, nobody markets for the group again.”

Femi Smart, another investor, said, “Loom is a teamwork, if everybody is working, we will all get our money and if we don’t invite people, then the scheme will go off”.

Mr Smart, who also confirmed the slow pace of the scheme said, “everyone is being careful to invest because of what happened with MMM.”

Rabi Yusuf, a hairstylist, said she believes she has lost her money as she has not been able to convince anyone to join her group.

“I paid 2k into someone’s account since last week, I have not heard from her since I am not on WhatsApp. Any time I call, she will say I should look for somebody to join the group so I can get my money fast.”

Ms Yusuf said she would not mind having her capital back without gain.

Government’s strident plea
The Securities and Exchange Commission (SEC), just as it did during the inglorious MMM era, had warned Nigerians against Loom Ponzi scheme saying, it is ‘a looming danger’.

According to the Acting Director-General of the SEC, Mary Uduk, an inter-agency committee, Financial Services Regulation Coordinating Committee (FSRCC) is collaborating with security agencies to track the group and shut it down.

“We, therefore, wish to notify the investing public that the operation of this investment scheme has no tangible business model, hence it’s a Ponzi scheme, where returns are paid from other peoples’ invested sums. Also, its operation is not registered by the Commission,” she said.

It is not clear what progress the commission has made ‘in tracking the masterminds of the scheme.’